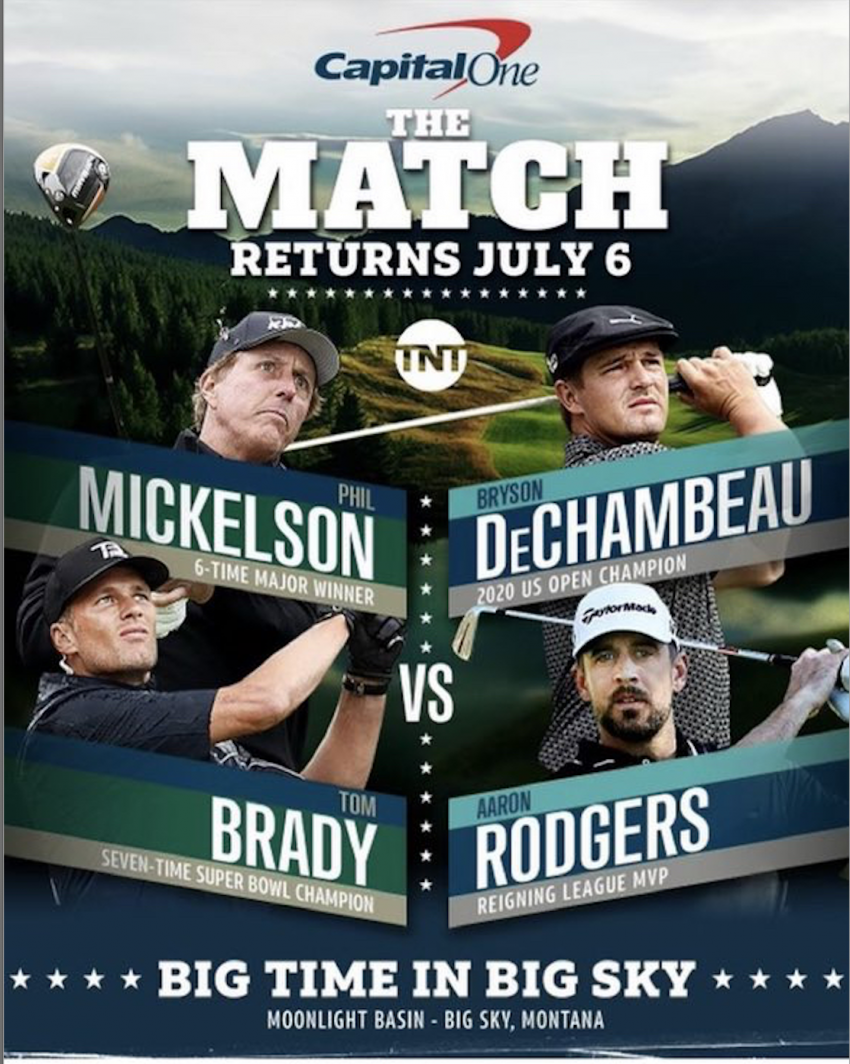 Brady and PGA Championship winner Phil Mickelson will battle Rodgers and U.S. Open champion Bryson DeChambeau in the latest edition of The Match on July 6. The showdown, which was announced Wednesday, will be the fourth edition of the lauded match play event that most recently saw Mickelson pair with NBA hall of famer Charles Barkley to defeat soon-to-be-enshrined Pro Football Hall of Fame Peyton Manning and NBA superstar Stephen Curry.

Brady has participated in this event once before, playing alongside Mickelson a year ago in a match against Manning and golf legend Tiger Woods. This will be Rodgers’ first appearance in the event, which will take place at Moonlight Basin in Big Sky, Montana.