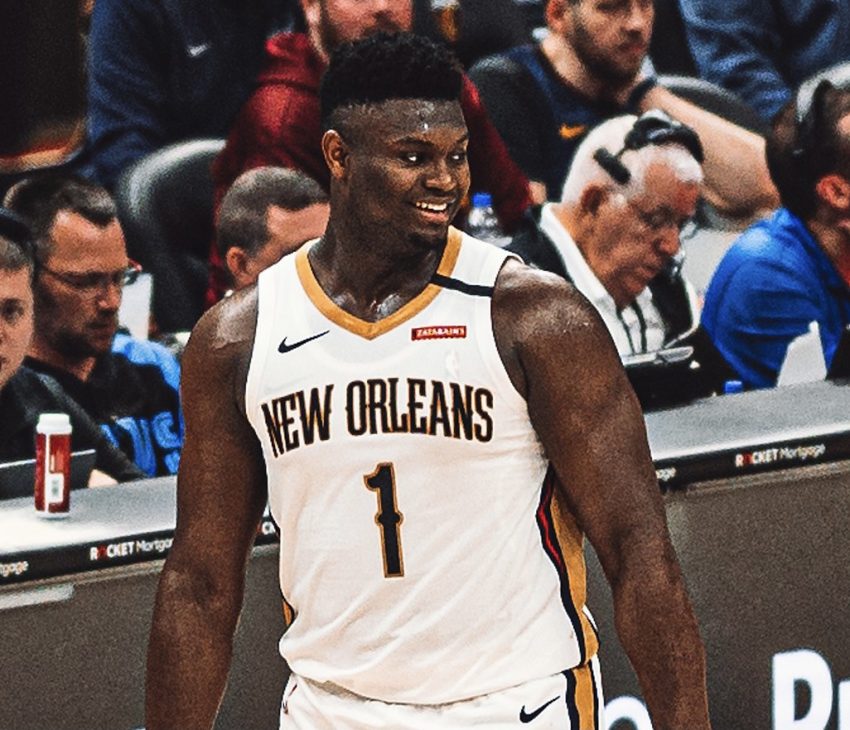 Zion Williamson was the No. 1 overall pick of the 2019 NBA Draft. When he was “drafted” for a second time as a pro Thursday, he didn’t go first, but it’s likely that the 20-year-old was fine being picked anywhere on the board, as part of the annual All-Star draft.

Kevin Durant made Williamson a member of Team Durant during TNT’s pregame show, announcing that he had chosen the New Orleans Pelicans forward, receiving instant approval from studio analysts Dwyane Wade and Kenny Smith. The Duke product was the third reserve chosen by Durant. Team Durant will be coached by Philadelphia’s Doc Rivers.

Zion Williamson will be a part of Team Durant in Sunday’s All-Star Game.

Durant picked Zion with this third pick of the Reserve round.

LeBron: “I like that. That was a good pick right there.”