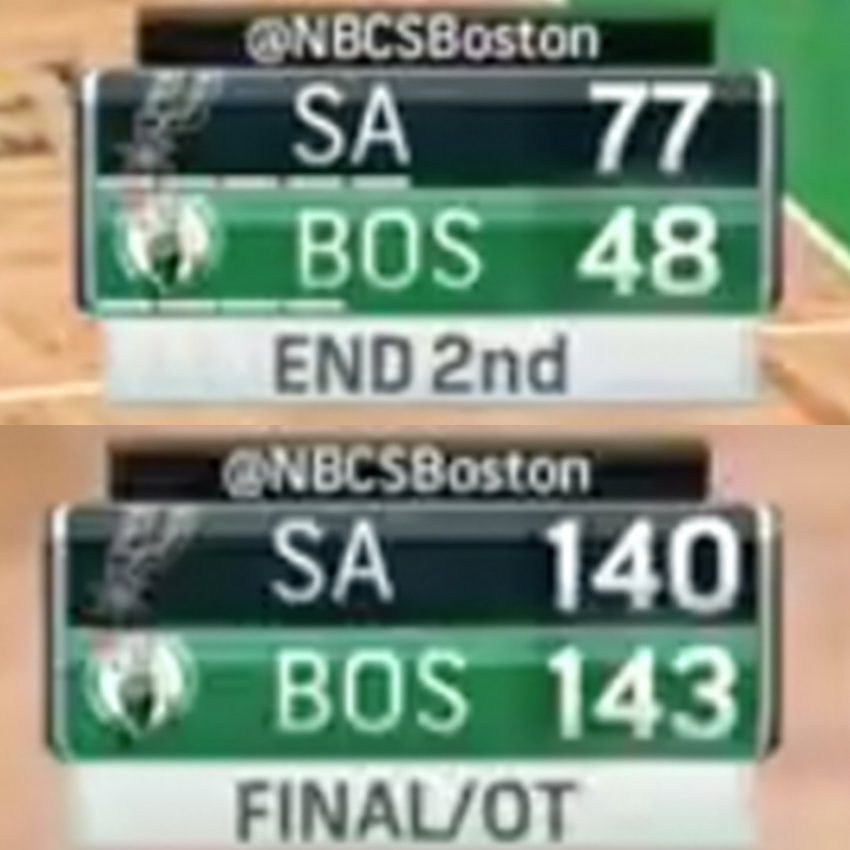 At halftime of Friday night’s game between the Celtics and San Antonio Spurs at TD Garden, the only history anyone would’ve thought might happen would be Boston setting one for margin of defeat.

Instead, a dismal first half only set the stage for a remarkable comeback, one that saw Boston overcome a 32-point deficit — the largest in more than a decade, and the third-largest in the last 25 years — thanks to Jayson Tatum tying Larry Bird’s franchise-record 60 points in what eventually became a 143-140 Boston win.

CELTICS OVERCOME 32-POINT DEFICIT AND BEAT THE SPURS IN OT 🤯