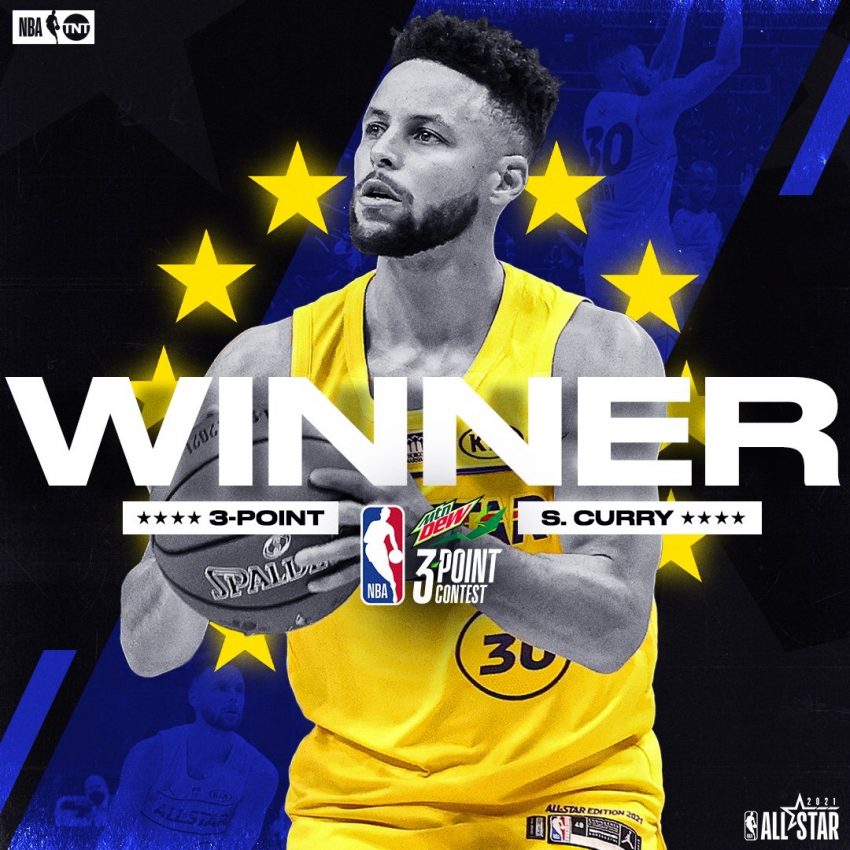 Stephen Curry of the Golden State Warriors won the 2021 MTN DEW® 3-Point Contest on Sunday, March 7 at State Farm Arena in Atlanta, besting Mike Conley and Jayson Tatum in the final round. Curry’s final shot, a 2-point money ball, put him one ahead of Conley for the victory. He becomes just the seventh player to win the contest multiple times, and the first to do so since Jason Kapono (2007-08).