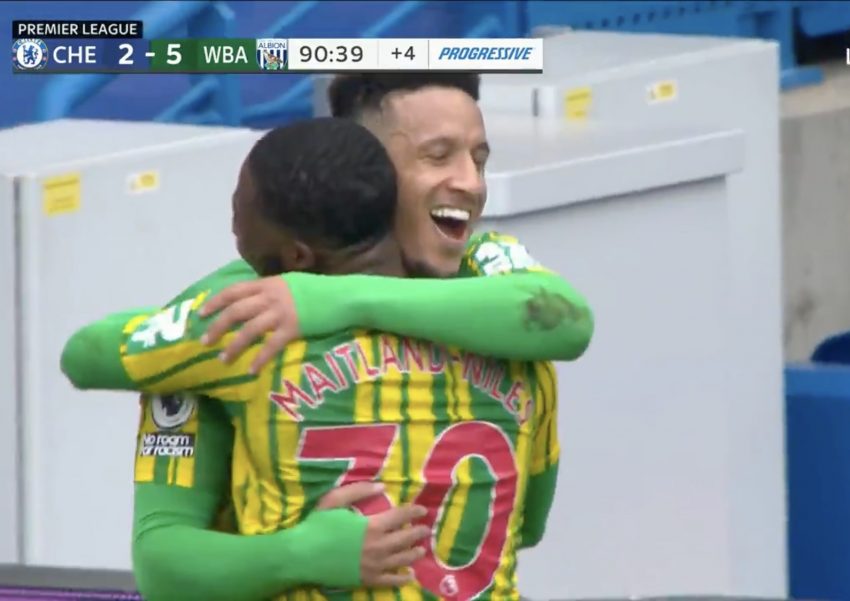 Struggling West Bromwich Albion caused a big Premier League shock on Saturday by winning 5-2 at fourth-place Chelsea after the home team had Thiago Silva sent off in the first half at Stamford Bridge.

The experienced Brazilian defender Silva was back in the side, following an injury absence, for the first time in 10 matches but was shown the red card in the 29th minute following two bookings.

It was German coach Thomas Tuchel’s first defeat at Chelsea and came in his 15th game in charge.

Before today, Chelsea were undefeated and hadn’t conceded a single goal at Stamford Bridge under Thomas Tuchel.

Then they conceded five in defeat to 19th-placed West Brom 🙃 pic.twitter.com/CSYFTbdHgO