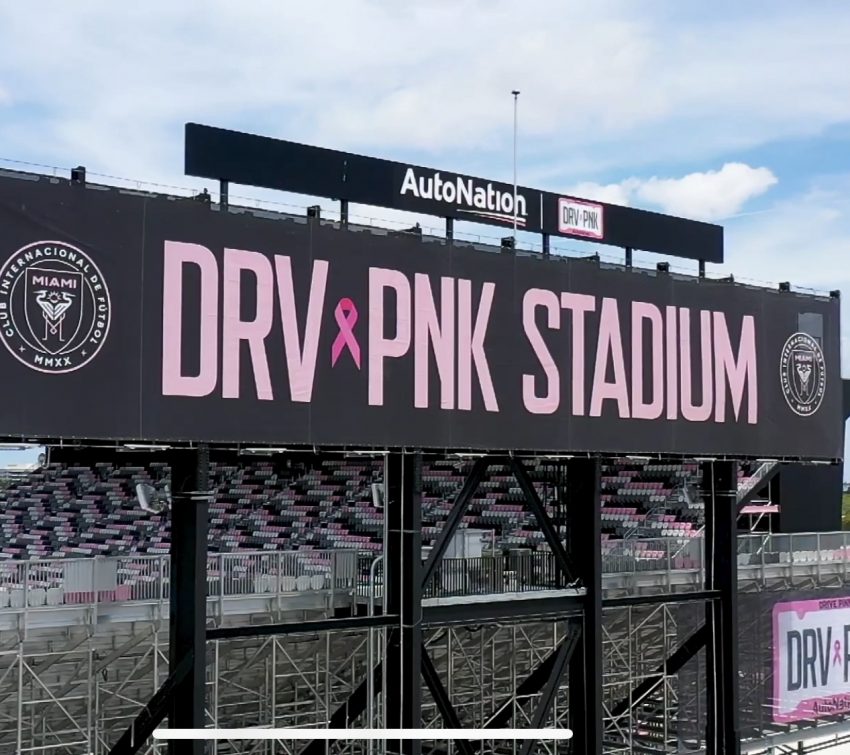 Inter Miami CF and AutoNation, America’s largest and most recognized automotive retailer, today announced a multi-layered three-year deal. AutoNation will be the official and exclusive automotive partner of Inter Miami, which includes naming rights of the stadium and branding on the First Team

Starting in April 2021, Inter Miami will kick off its second campaign in Major League Soccer at the newly named DRV PNK Stadium in support of AutoNation’s DRV PNK initiative.

“DRV PNK Stadium is about raising awareness of a proven mission that has raised over $26 Million in the fight against cancer. Our partnership with Inter Miami, one of the most dynamic fútbol clubs, will raise awareness and help fund cancer research. It allows for our collective support of organizations like the Breast Cancer Research Foundation, Cleveland Clinic, and Moffitt Cancer Center at the national and local levels,” said Marc Cannon, AutoNation’s EVP and Chief Customer Experience Officer.