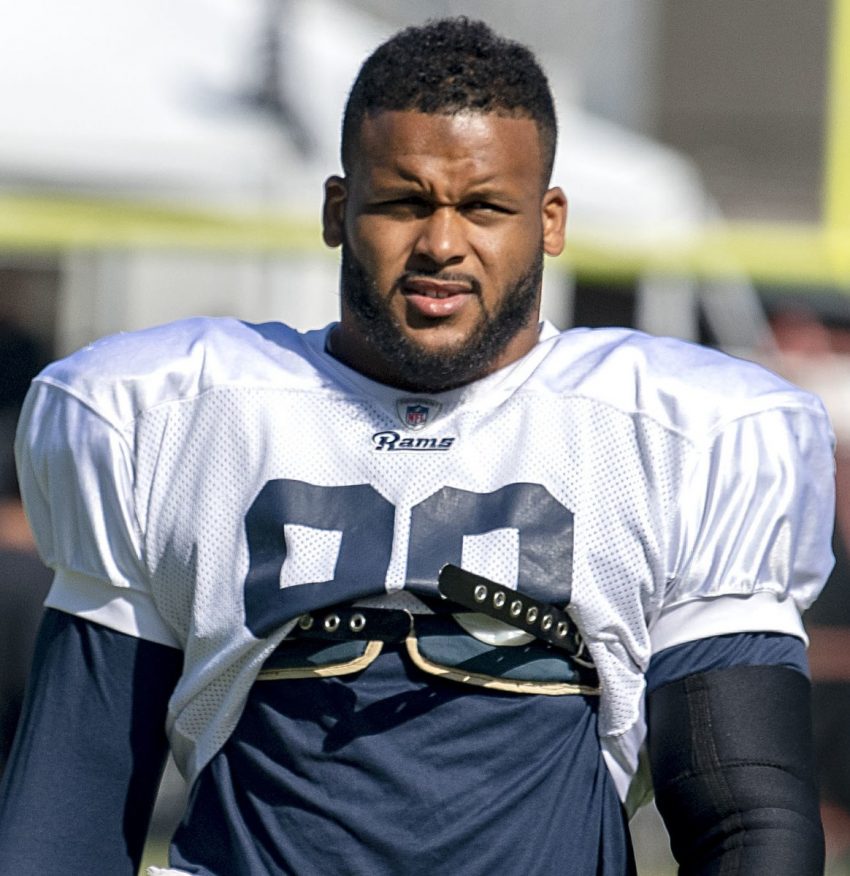 Attorney Todd J. Hollis said his client, De’Vincent Spriggs, needed 16 stitches and suffered a broken orbital bone in his head, a broken nose and a sprained or broken arm at a bar on East Carson Street in the city’s South Side.

“We believe there was a misunderstanding that Mr. Spriggs bumped into Mr. Donald and Mr. Donald escalated the matter, leading to my client’s assault moments later,” Hollis said.

The Los Angeles Rams issued a statement saying the team was aware of reports about Donald and was collecting more information. The team declined further comment.

A Pittsburgh attorney has said he will file assault charges against Aaron Donald for allegedly attacking a man in Pittsburgh on April 11, per @AndySheehankdka https://t.co/Cjs6g5FOKT pic.twitter.com/WbtMiOxSKb