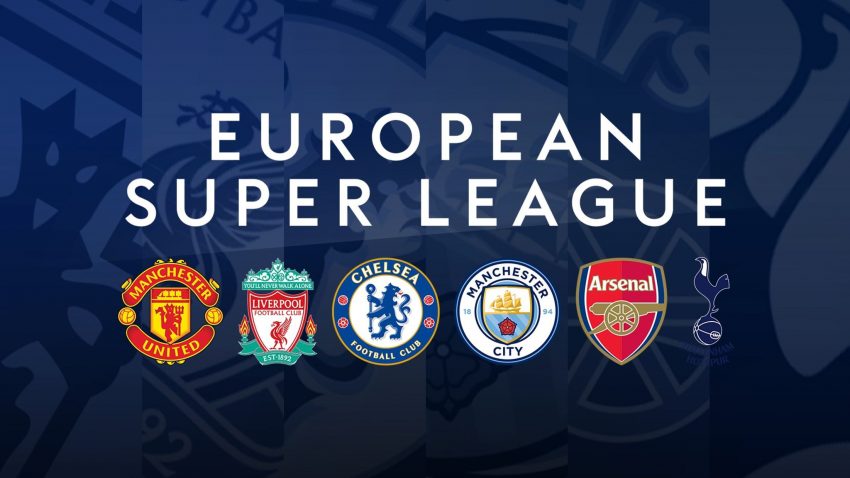 European soccer was rocked by the biggest story in at least a generation for the past couple of days when 12 of Europe’s biggest clubs announced plans to break away from the established soccer order and form a Super League. The plan was ultimately short-lived after the rogue breakaway group lost the backing of all six Premier League clubs. On Tuesday night, the Super League will be put on pause to “reconsider the most appropriate steps to reshape the project,” effectively ending a 48-hour power play to leave UEFA, the governing body for European soccer.

All six Premier League clubs who initially joined the league on Sunday night had announced plans to drop out of the Super League by Tuesday. Chelsea and Manchester City did so earlier in the day and Liverpool, Arsenal, Manchester United and Tottenham followed suit later in the night.

The breakaway competition, which was announced Sunday, would have seen 12 clubs break away from UEFA’s Champions League and Europa League competitions. The six Premier League clubs, Juventus, Atletico Madrid, Barcelona, Real Madrid, AC Milan and Inter Milan were announced as founding members on Sunday night. Last season’s UCL finalists Paris Saint-Germain and Bayern Munich emerged as the most notable opposers of the idea.

Jordan Henderson has called a meeting of all the Premier League captains in response to the Super League announcement, reports @MikeKeegan_DM pic.twitter.com/Q2YkUCuIrV