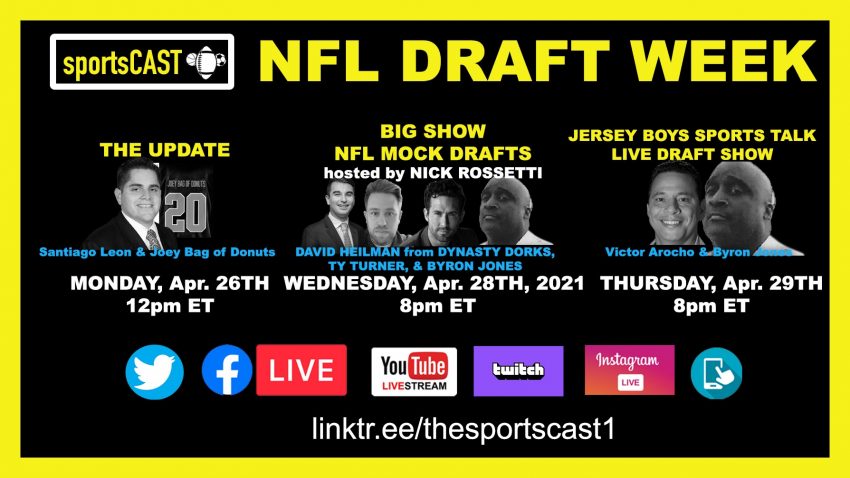 It’s NFL Draft Week at the Sports Cast! Join us all week to preview the NFL Draft.

Starting on Monday at noon eastern with the Update with Santiago Leon and Joey Bag of Donuts.

And top it off, LIVE DRAFT show o with the Jersey Boys Sports Talk live from IL Toscano in Pembroke Pines on Thursday at 8pm ET.

All Live on our Social media and on our Sports Cast Radio App.