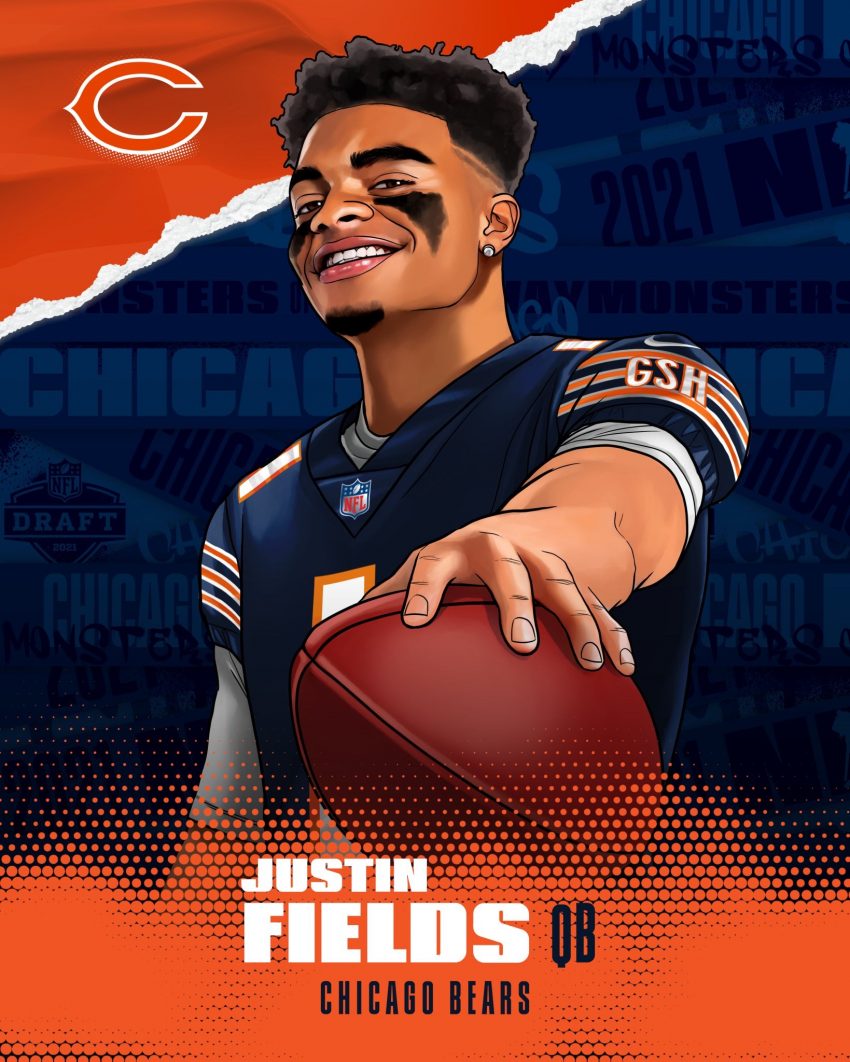 The Giants traded pick 11 to the Bears, and in return they’ll receive the Bears first-round (20th overall) and fifth-round (164th) this season, and a 2022 first and fourth-rounder.

For the last two years Fields was considered one of the best quarterbacks in college football, and he racked up several accolades during that time. He won the Big Ten’s Graham–George Offensive Player of the Year award and the Griese–Brees Quarterback of the Year award in both 2019 and 2020.

The Bears have their QB 🐻

Chicago trades up for the No. 11 pick and takes Justin Fields. #NFLDraft pic.twitter.com/YcKfGQs612

CHICAGO TRADES TO GET FIELDS 🚨

The Bears select Ohio State QB Justin Fields at No. 11 in the #NFLDraft @brgridiron pic.twitter.com/9pVNdk5dYE