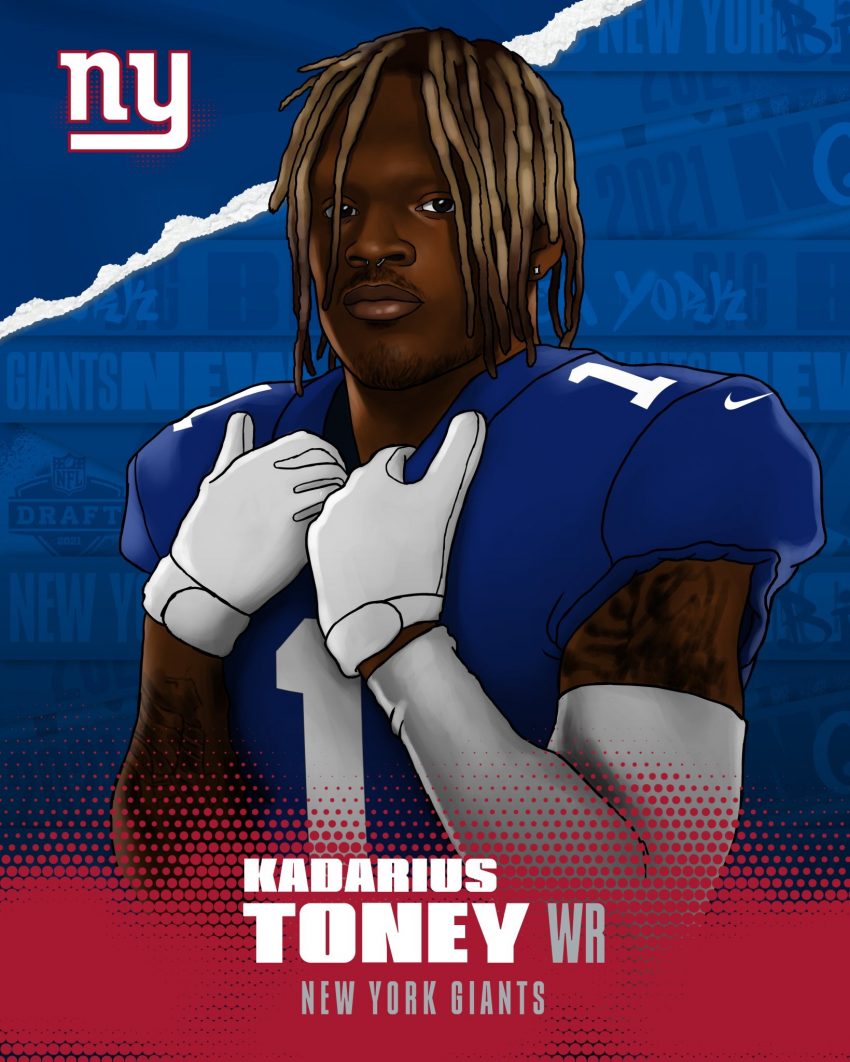 The New York Giants selected former Florida Gators wide receiver Kadarius Toney with the No. 20 pick overall. The Giants moved back from No. 11 and grabbed a playmaker for quarterback Daniel Jones. They are getting a player who battled through injuries during his college career but was part of an offense that exploded in his final season in 2020.

Toney missed games in the 2017 and 2019 season, but he broke out for 984 yards on 70 receptions with 10 touchdowns in 11 games last year. Additionally, he rushed for 161 yards on 19 carries with an additional score. Toney also handled some punt and kick returns in his final season.