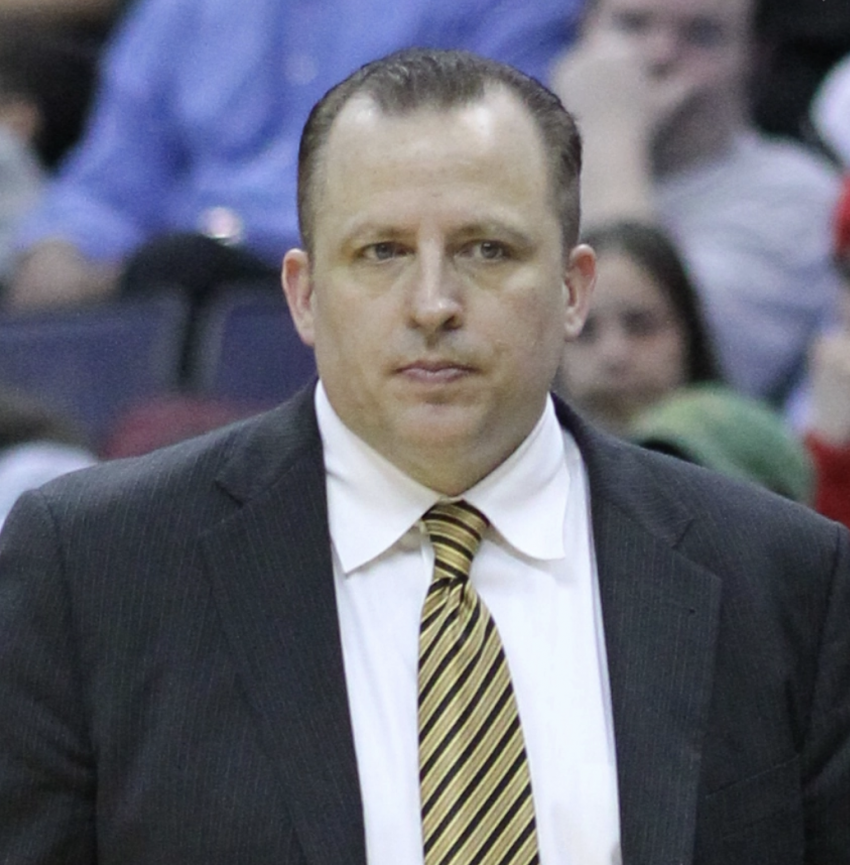 A person with knowledge of the details says the New York Knicks are finishing a deal to make Tom Thibodeau their coach.

The person told The Associated Press that no contract has been signed but a deal is expected to be announced next week, ESPN first reported that the Knicks and Thibodeau were completing a five-year contract.

Thibodeau was the 2011 NBA Coach of the Year in Chicago and is a former Knicks assistant under Jeff Van Gundy.

The New York Knicks and Tom Thibodeau are finalizing a five-year deal to make him the franchise’s next coach, sources tell ESPN.

Breaking: The New York Knicks and Tom Thibodeau are finalizing a five-year deal to make him the franchise’s next head coach, sources tell @wojespn. pic.twitter.com/CH3dLzxF63

Thomas Joseph Thibodeau Jr. ( THIB-ə-doh; born January 17, 1958) is an American basketball coach who is the head coach of the New York Knicks of the National Basketball Association (NBA). He served as an assistant coach for the United States men’s national basketball team from 2013-2016, and helped Team USA win a gold medal at the 2016 Olympic Games. As a defensive coach, he helped the Houston Rockets rank among the Top 5 in the league in scoring defense and field goal percentage defense from 2004 to 2007, and he has helped his team finish in the league’s Top 10 in team defense 15 times. He has coached in 214 playoff games as an assistant coach, associate head coach, and head coach. Also, he was part of the 1999 NBA Finals as an assistant coach with the New York Knicks before joining the Boston Celtics, with whom he won the 2008 NBA Finals as well as helping guide them back to the 2010 NBA Finals, serving as a defensive coach. In 2011, he was named the NBA Coach of the Year after leading the Bulls to a 62-win season. – READ MORE »