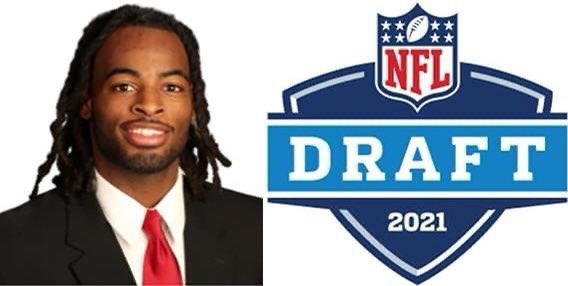 The Pittsburgh Steelers upgraded their running back stable with the addition of Alabama’s Najee Harris.

With pick number 24 in the 2021 NFL Draft, the Steelers have selected Alabama running back Najee Harris. Harris, a four-year running back out of Alabama, averaged 6.0 yards per carry while also adding 57 total touchdowns to his resume during his tenure in Tuscaloosa. Harris rushed for no less than 1200 yards his final two years as a full-time starter for the Crimson Tide.

Highly regarded as the best overall running back in the draft, the Steelers add a talented ball-carrier to their running back stable following the departure of James Conner.

Najee is going to Pittsburgh 🔥

The Steelers select Bama star RB Najee Harris with the No. 24 pick in the #NFLDraft @brgridiron pic.twitter.com/8DSekVkdDy

With the No. 24 overall pick in the 2021 @NFLDraft, the @steelers select RB Najee Harris!