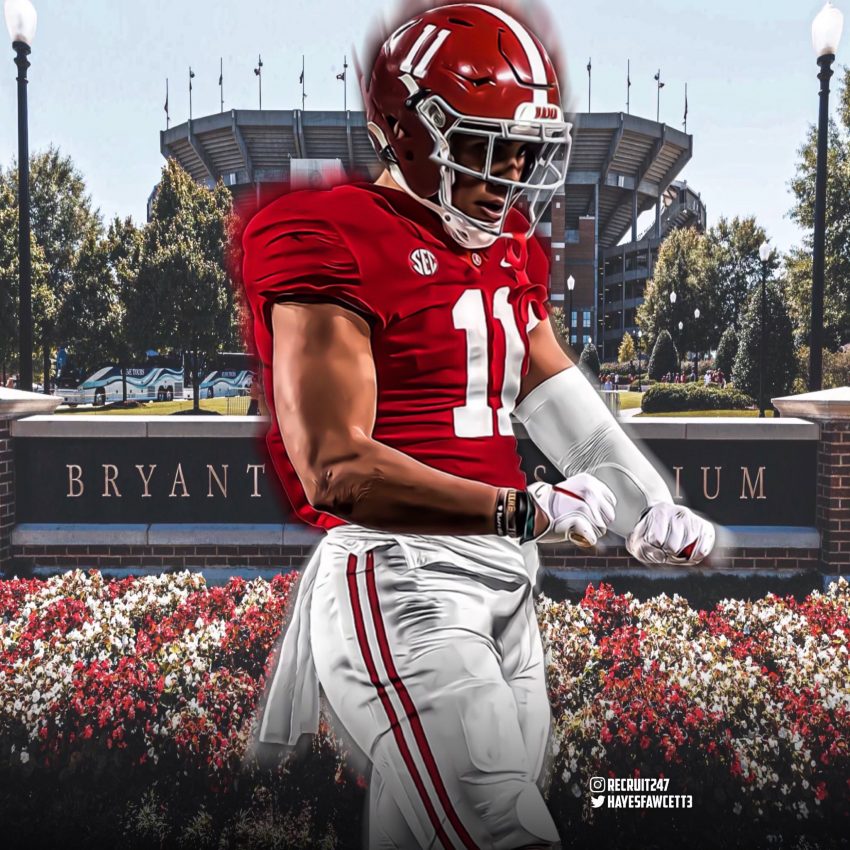 Finally, the eagerly watched To’oto’o sweepstakes has come to an exciting close. The former freshman All-American selection, Henry To’oto’o, has announced that he will be playing for Nick Saban and the Alabama Crimson Tide, shunning Ohio State. The announcement was made just moments ago via his social media platforms.

Initially, the Concord, California native was ranked No. 44 nationally in the 2019 recruiting class. To’oto’o chose the Volunteers over 18 other schools vying for his services. Those most notable were Alabama, Florida, and Texas A&M.

In his two years with Tennessee, Henry made his presence known not only in the SEC, but nationally as well. This past season, he amassed 76 tackles with 10 of those being for a loss. During his freshman campaign, his efforts landed him on the Freshman All-American team. For former coach Jeremy Pruitt, he was arguably the lone bright spot on a Vols defense struggling to find their way.

The term may be overused, but for the Crimson Tide, the rich do indeed get richer. To’oto’o will be inserted into a spot left vacant by former All-SEC linebacker and current Jacksonville Jaguar Dylan Moses. He will be playing alongside Christian Harris and Christopher Allen. Both are primed for huge 2021 campaign. They are just a few of the many returning pieces that have many thinking Alabama will have its best defense since 2016. With names like Will Anderson, Christian Harris, Malachi Moore, and now Henry To’oto’o, it’s hard to argue that claim.

BREAKING: Henry To’oto’o tells me that he will finish his college career at Alabama 🐘

The former top 50 recruit in the class of 2019 chose the Crimson Tide over Ohio State.

He announced that he would be transferring from Tennessee & entered the transfer portal on January 20th pic.twitter.com/vK8DzXoqq0

What’s interesting is that senior Jaylen Moody currently holds the coveted starting spot after a strong showing in 2020 and in the spring. Once more, Saban went so far as to say that Moody “took advantage of his opportunity”. The 6-2, 225lb linebacker from Conway, South Carolina also has the backing from Tide fans. So, if anyone is assuming that Henry To’oto’o is just going to be given the reins, you may be mistaken. Regardless of accolades, Nick Saban will always play who will best execute the duties of his position. Based on his resume, the 7-time National Championship winning guru is seldom wrong.

The remaining question now is if the SEC will immediate eligibility to infra-conference transfers. A decision could come from conference commissioner Greg Sankey at the beginning of June. If Sankey and his governing officials give their blessing allowing immediate play, we will see the heavily decorated transfer in action against Miami September 4th. Not only that, the 2021 edition of “The Third Saturday in October” will have even more intrigue.

Should hear something from the SEC regarding the one year transfer exception within the conference during the first week of June. Henry To’oto’o and #Alabama must feel confident it will pass. More on his decision- https://t.co/rDbbjppGU5 @bamainsider #RollTide pic.twitter.com/fX2p0ZnlDN

For those trying to will the demise of Nick Saban and his seemingly impenetrable dynasty, it appears your efforts are increasingly futile. St. Nick is coming off a 7th national title, perhaps the best recruiting class ever, and has nabbed two high profile transfers in a period of a week. His recent acquisition of Henry To’oto’o shows that he’s adamant in returning to the “Bama Standard” as it relates to his defense. Buckle up folks, Saban has caught his 3rd wind.

Ladies and gentlemen, we got him.