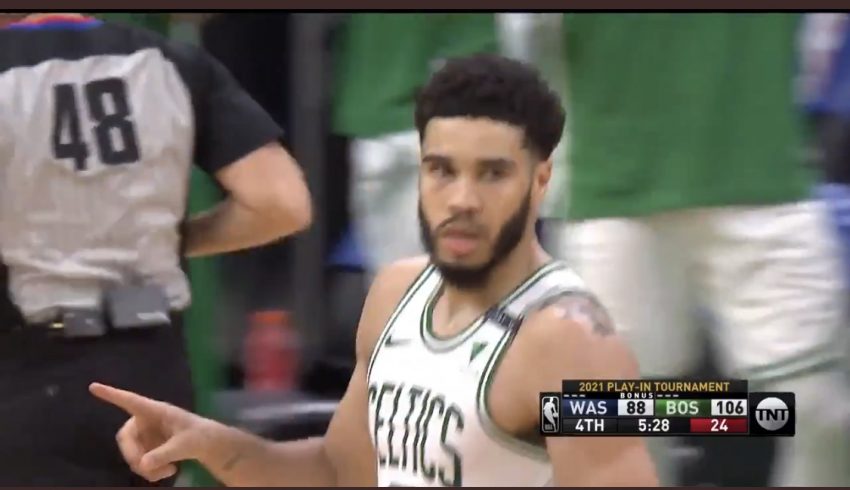 Bradley Beal has seen plenty of impressive performances from Jayson Tatum on a basketball court since the two were kids growing up together in St. Louis.

But after Tatum scored 50 points to lead his Boston Celtics past Beal’s Washington Wizards with a 118-100 victory Tuesday night, giving Boston the seventh seed and a date Saturday night with the Brooklyn Nets in the first round of the NBA playoffs, Beal said there was nothing the Wizards could do to stop him.

“It didn’t matter who was in front of him,” said Beal, whose Wizards will head back home to face the Indiana Pacers in a winner-takes-all game for the eighth seed Thursday night. “That is something I have been trying to tell his ass for years. It’s tough when you guard him. He’s 6-9, he can get his shot off, he’s strong and can shoot the ball.

“He’s a three-level scorer. So you got to respect everything he does on the floor. I know a lot of his moves, and a lot of it I was there, but I am only 6-3. I wish I was 6-9 with robotic arms.

“He’s a special talent, and I have been saying that since he was in diapers. It doesn’t surprise me.”