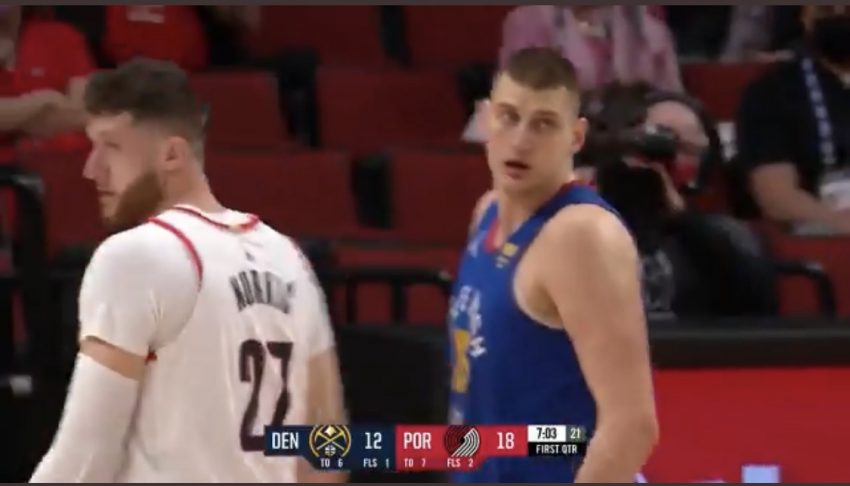 Austin Rivers drained a step-back jumper over CJ McCollum, three of his 16 fourth-quarter points that helped the Nuggets withstand a comeback from the Portland Trail Blazers and pull out a 120-115 victory in Portland on Thursday. With the win, the Nuggets took a 2-1 series lead and regained home-court advantage in their first round series.

Jokic comes up big with 36 Pts to give the Nuggets the series lead over the Blazers 🃏 pic.twitter.com/Fi85jyjZaL

Nikola Jokic (38 PTS) helped Denver win Game 2 and even the series at 1 game apiece… will the @nuggets or @trailblazers take a 2-1 lead? #NBAPlayoffs