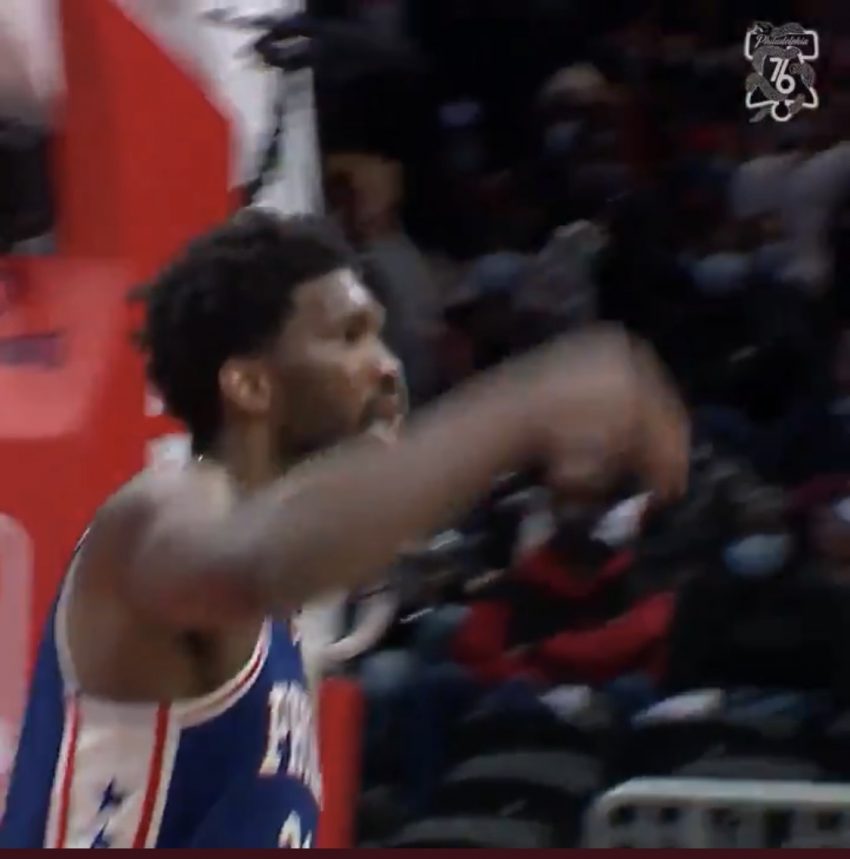 The Philadelphia 76ers are one win away from advancing to the Eastern Conference semifinals after thoroughly dominating the Washington Wizards on Saturday night at Capital One Arena in a 132-103 victory to take a 3-0 lead in their best-of-seven series.

Joel Embiid was a force on the offensive end for the 76ers as the Wizards had no answer for the big man. Philadelphia’s All-Star center finished the win with a game-high 36 points while only taking 18 shots. For one reason or another, Washington refused to run double teams at Embiid and that led to the Wizards’ demise in the end. On the other end of the spectrum, Russell Westbrook recorded a triple-double and Bradley Beal poured in 25 points but it wasn’t enough to even keep the game competitive in the end.

The Sixers starting 5 is going OFF 😳