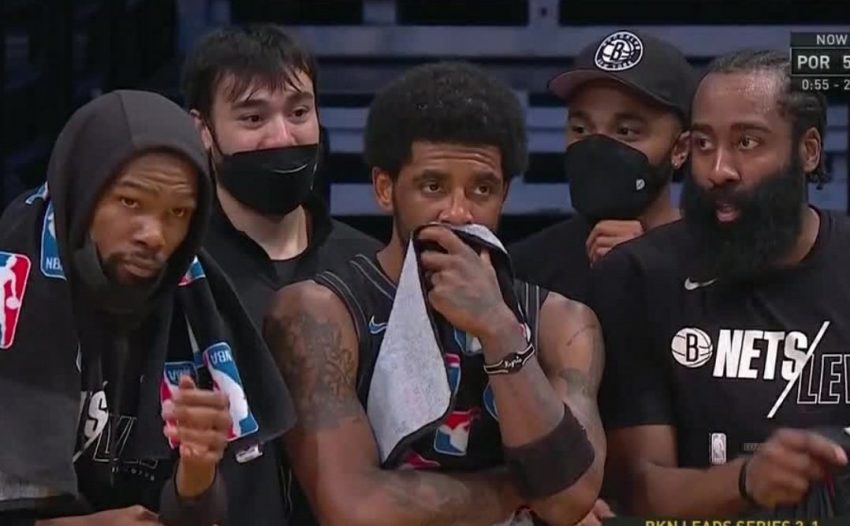 The Nets ended the Celtics’ season with a 123-109 victory in Game 5 of their first-round Eastern Conference series on Tuesday.

Harden led the Nets in scoring for the first time in the series with 34 points, Irving had 25 points and Durant dropped in 24 points. Harden also had 10 rebounds and 10 assists for a triple-double, his first in the postseason with the Nets.

“I just came here to make an impact on the game whether it’s scoring, whether it’s rebounding, whether it’s my ability to pass the basketball, whatever the case may be,” said Harden who was acquired from Houston in an early-season trade. “And every game is a little bit different, but I just take what the defense gives me and I play basketball. Try to play basketball the right way each possession.”

In the wake of a thrown water bottle at the Nets’ Kyrie Irving, TD Garden has announced that a “guest at tonight’s Boston Celtics game” was arrested by Boston Police for “throwing an object” and is “subject to a lifetime ban” from the arena.