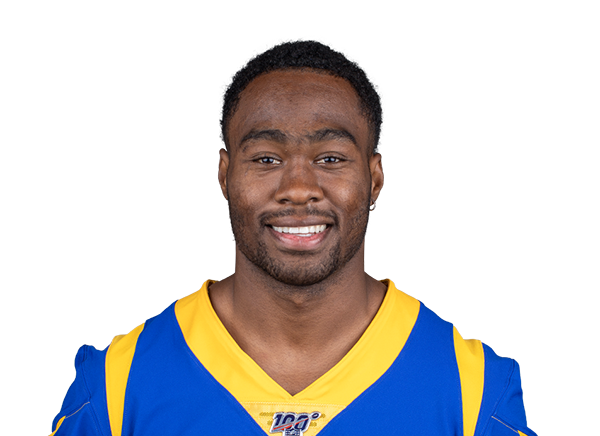 The Los Angeles Rams have agreed to trade wide receiver Brandin Cooks to the Houston Texans. Another major trade.

The Texans will send a 2020 second-round NFL draft pick (No. 57 overall) to the Rams for Cooks and a 2022 fourth-round pick, sources said.

The Rams acquired Cooks, 26, and a fourth-round pick from the New England Patriots before the 2018 draft in exchange for a first-round pick. The Rams then signed Cooks to a five-year, $81 million contract before the season.

The Rams will incur $21.8 million in dead money by trading Cooks. They already paid him a $4 million roster bonus that was due on the third day of the league year.

In two seasons with the Rams, Cooks caught 122 passes for 1,787 yards and seven touchdowns.

In 2018, Cooks played a pivotal role in a Rams offense that powered the team to Super Bowl LIII. Cooks caught 80 passes for 1,204 yards and five touchdowns.

However, last season Cooks’ production declined as he experienced a drop in targets and was sidelined for two games because of recurring concussions. Cooks caught 42 passes for 583 yards and two touchdowns.

Will the Colts and Jaguars draft a QB?

Even after every other school’s pro day got axed due to the coronavirus pandemic, Alabama quarterback Tua Tagovailoa went through his his originally scheduled individual workout on Thursday. You’d hope those involved all went through the proper health precautions, even though just 10 people were involved in workout. Former NFL QB Trent Dilfer orchestrated the workout while Tua’s former teammate Jerry Jeudy was one of the wideouts helping run routes.

ESPN’s Chris Mortensen posted the entire pro day workout on his personal twitter account, breaking up the some 70~ throws into seven separate videos. The workout took place on an indoor field that was somewhere between 45-50 yards long.

Players from all 30 teams form MLB The Show league

In a joint effort with the MLB Players Association and Sony Interactive Entertainment, Major League Baseball is launching the first competitive MLB The Show league featuring players from all 30 teams competing in a 29-game regular season, the league announced Friday.

The regular season begins Friday and will last through April 28. Games will take place every one to two days with three to five three-inning matchups played each game day. The postseason is scheduled to begin April 30, with a World Series played on May 2. The postseason will feature the eight best teams, with a best-of-three format for the first two rounds and a best-of-five format for the World Series.

Will the NBA season be cancelled?

NBA players will receive their full checks when the next payday for most of them arrives on April 15, even though no games will have been played for more than a month at that point.
The NBA gave teams the directive on Thursday in a memo that was obtained by ESPN.

The league and the National Basketball Players Association have been in talks for weeks about the status of salaries during the NBA’s shutdown. A source told ESPN’s Tim Bontemps that the players’ union didn’t view April 15 as a hard deadline and preferred to wait and see how the situation unfolds rather than come to an agreement right now.
The last games were played March 11, the day that Utah Jazz center Rudy Gobert became the first NBA player to test positive for the coronavirus.