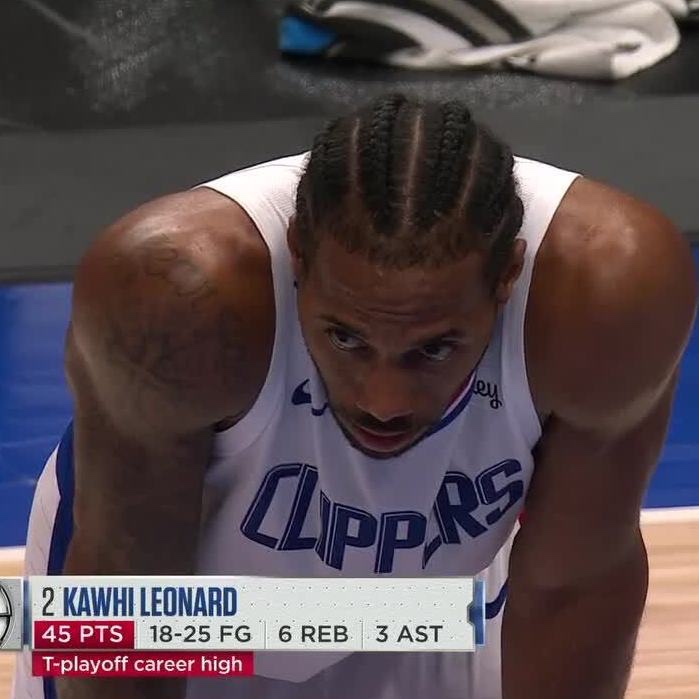 Kawhi Leonard scored 12 of his 45 points in the fourth quarter, and the LA Clippers played with urgency to beat the Mavs 104-97 on Friday night to force a Game 7.

Kawhi Leonard treated Friday night like a Game 7 and it showed, from wanting to guard Luka Doncic to matching his playoff career-high with 45 points.

With the LA Clippers’ season and title hopes on the line, Leonard delivered arguably his finest all-around performance as a Clipper to help L.A. beat the Dallas Mavericks 104-97 for its third straight series victory at American Airlines Center in Game 6 before an announced crowd of 18,234.

“It’s just based on the mentality,” Leonard said. “Definitely, you don’t want to go home.”