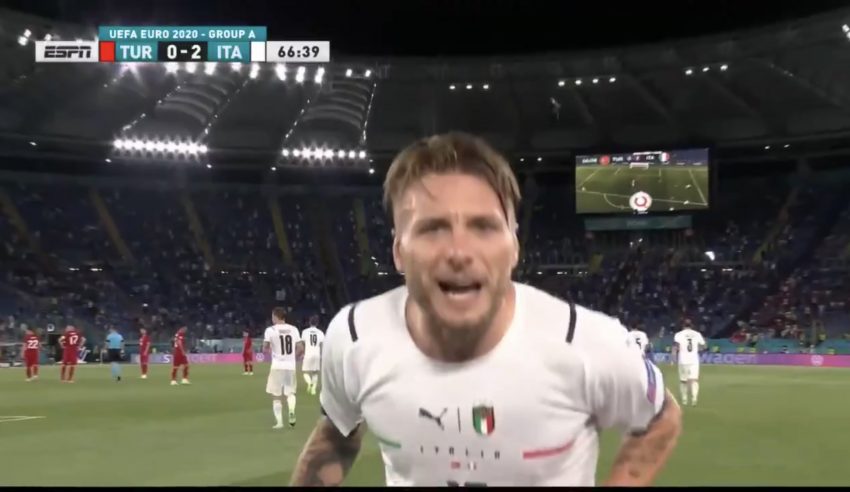 Italy rode three second-half goals to a 3-0 win over Turkey in Group A of the opening match of the 2020 European Championship in Rome on Friday.

Roberto Mancini’s Italy came into the match on a 27-match unbeaten run, and their fine form showed early on as the Azzurri dominated possession and went close with a pair of headers from corner kicks just past the 20-minute mark.

Italy ratcheted up the pressure as half-time approached and, after some intricate build-up play, Ciro Immobile was sprung in the box only to fire right at Turkey keeper Ugurcan Cakir as the teams went into the break locked in a 0-0 draw.

“But the lads had patience. We waited, kept playing, tried to get that goal, then we got it. The lads did really well. The first half wasn’t straightforward and in a game like that, even if they [Turkey] put everyone back, if you give one [goal] away on the break, the game changes.”

Andrea Bocelli will be singing Nessum Dorma before Italy vs. Turkey to open the Euros.

3 – Ciro Immobile has scored in three consecutive appearances for Italy for the very first time. His strike against Turkey was his first goal at a major international tournament (World Cup & Euros). Instinct. #EURO2020 #TURITA pic.twitter.com/XidUVX4cAU