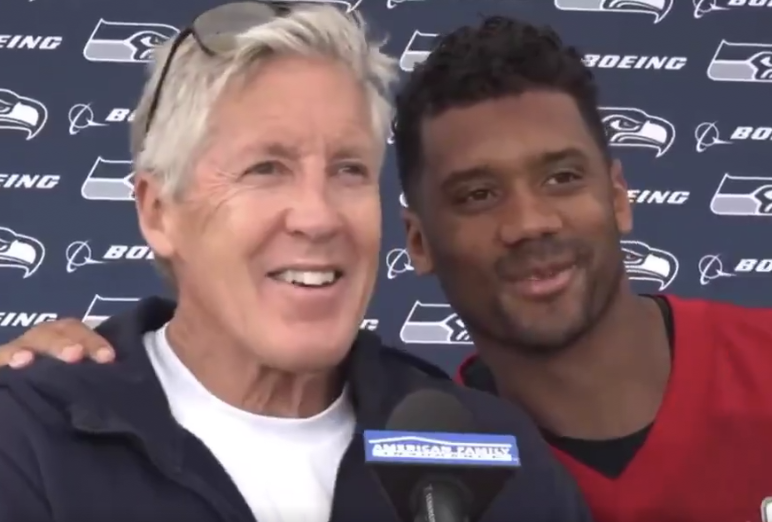 Seattle Seahawks quarterback Russell Wilson made it clear this week that he did not ask for a trade this offseason, and insisted his relationship with coach Pete Carroll and general manager John Schneider has been strengthened through a series of conversations after months of uncertainty.

“We’re on the same page. We’re here to do what we’re meant to do and that’s to win it at all,” Wilson said. “I’m excited. I’m excited about who we have, the guys we have, excited where we are. Coach Carroll and I’s relationship couldn’t be stronger on it. Like I said earlier, my focus is to win. Winning means everything to me.”

But clearly frustration had been building over the team’s performance and that led to the offseason firestorm that started after Wilson watched Tom Brady win another Super Bowl title in February.