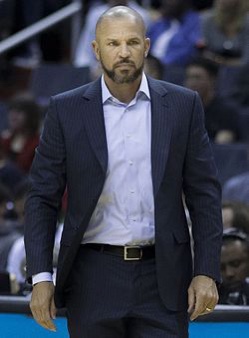 After reports surfaced that Jason Kidd emerged as a strong front-runner to become the next head coach of the Dallas Mavericks, it appears as though it’s all but official. The team opened contract talks with Kidd on Thursday and reached an agreement on Friday, according to Shams Charania of The Athletic. Kidd will replace Rick Carlisle, who stepped down last week after 13 years in Dallas, and took the Indiana head-coaching job on Thursday.

The Dallas Mavericks are closing in on the hiring a new GM and Jason Kidd has emerged as a strong frontrunner to be hired as head coach, sources tell @espn_macmahon and me.