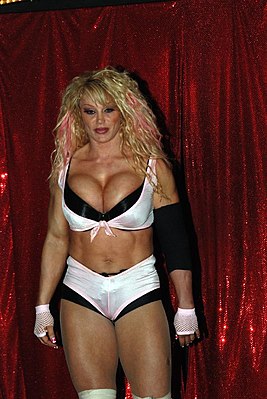 Former wrestler star Melissa Coates died at 50 after several months after she had her leg amputated.

Coates, who was born in Thunder Bay, Ont., was actually a bodybuilder in the ‘90s before switching over to a career in wrestling, where she was trained by fellow Canadian Killer Kowalski.

She was perhaps best known in the wrestling world as Super Genie for her role as Sabu’s valet and manager.

In professional wrestling, she was known for her appearances in World Wrestling Entertainment’s developmental territories Ohio Valley Wrestling and Deep South Wrestling, NWA Anarchy, and Women Superstars Uncensored. On the independent circuit, she was the valet of Sabu, under the ring name Super Genie.