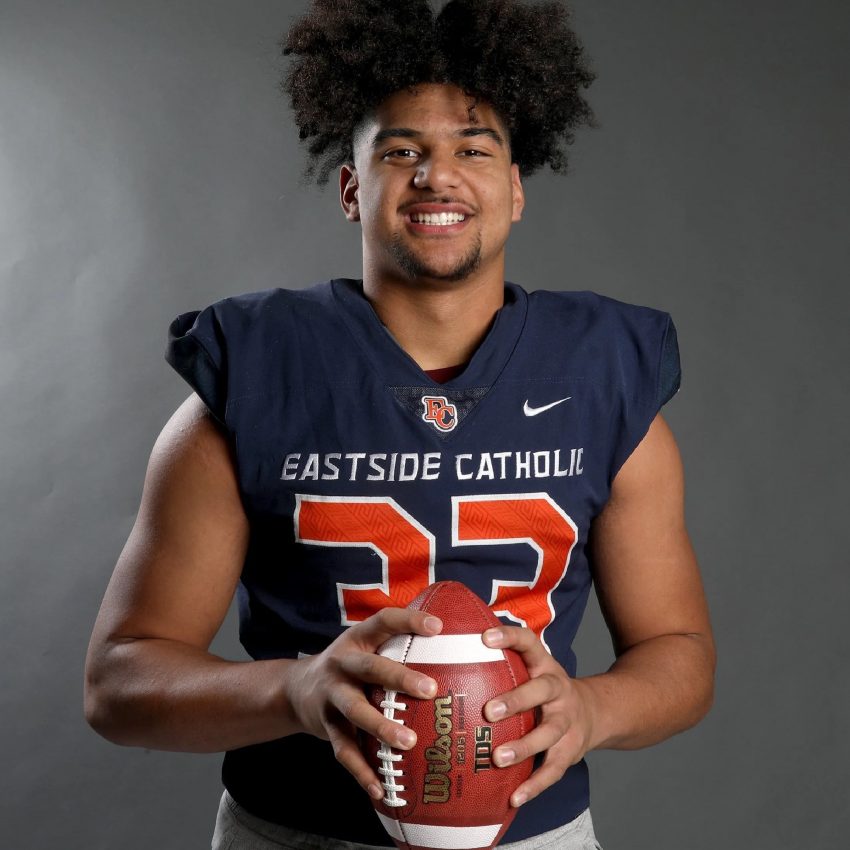 The No. 1 recruit for the class of 2021 is headed to Ohio State. J.T. Tuimoloau, a defensive end from Sammamish, Washington, committed to the Buckeyes on Sunday. He announced his commitment on CBS Sports Network.

J.T. TUIMOLOAU CHOOSES OHIO STATE!!! THE NUMBER ONE PLAYER IN THE CLASS OF 2021 IS AN OHIO STATE BUCKEYE LET’S GOOOOO!!! 😍🌰 pic.twitter.com/asWot2G3NP

BREAKING: J.T. Tuimoloau has just announced his commitment to Ohio State, the Buckeyes landing the No. 1 overall prospect in 2021 on @247Sports and he talks about why he picked the Buckeyes https://t.co/XutOnKyibL pic.twitter.com/17sdXvOPWz