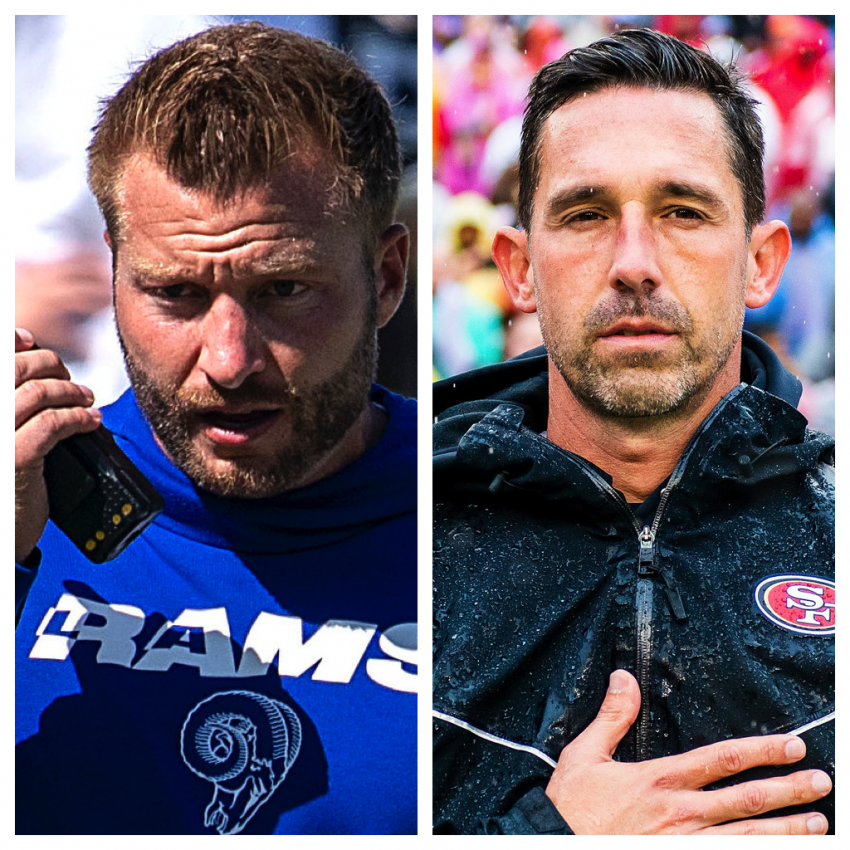 “You don’t wanna get me started? It was frustrating. I was actually. I was in Cabo. I was watching it all. I had never studied Stafford,” says Shanahan, “I remember looking through it, because everyone was telling me as a possibility, and Stafford is the man. I studied him hard coming out of college, and you always just play against since you know how good he is. So I know how good of a guy he got and know how good he is. I play action. I know how smart he is. Not only does he just have a big arm, but he’s got touch and he knows where to go with a ball.”

Apparently Shanahan and the 49ers were interesting in obtaining Stafford, he continues, “So I was trying to get involved in it. Someone who had knowledge on this situation. Finally we talked to someone It was like, seven at night. And they’re like, No, nothing’s happening at the earliest till tomorrow, so you can finish your night. So I’m like, Alright, I’m done… Put my phone down…. A half an hour later, my buddy calls me He’s like, I’m just telling you. If you want Stafford meaning to get a hold of him right now.”

In an instant, McVay and the Rams were able to get Stafford in a trade in a package involving Jared Goff, a 2021 third-round pick and two first-round picks in 2022 and 2023.

And it happened while in Cabo.