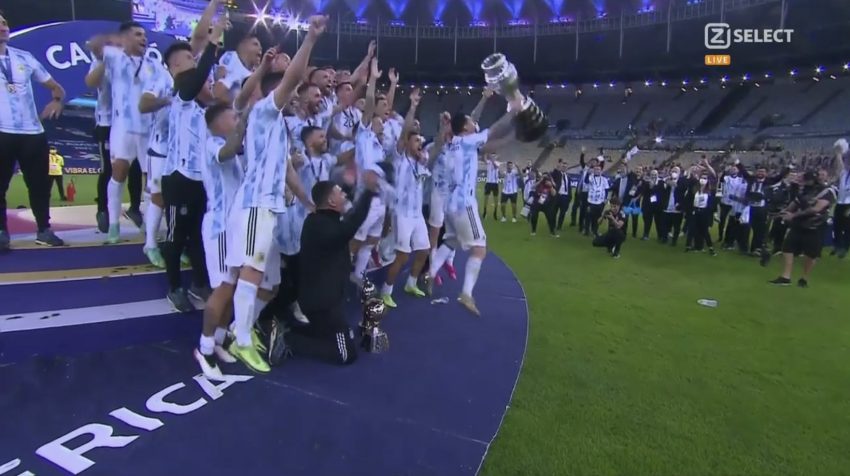 Argentina won their first trophy since 1993 on Saturday, and Lionel Messi finally earned hardware with his national team as they beat Brazil 1-0 at the Maracana in the 2021 Copa America final. Angel Di Maria’s first-half goal was enough as Lionel Scaloni’s team ran through the tournament with impressive results as Messi led the way, validating his international career with a trophy. Brazil, who struggled with consistency in front of goal for much of the tournament, had a nightmare in attack in a match that just never went their way.

You can pick 2 legends from each country. Who are you picking? 🇧🇷🇦🇷 pic.twitter.com/EpiKaoJfQd

Messi finally gets a trophy for his country at 34 years of age!