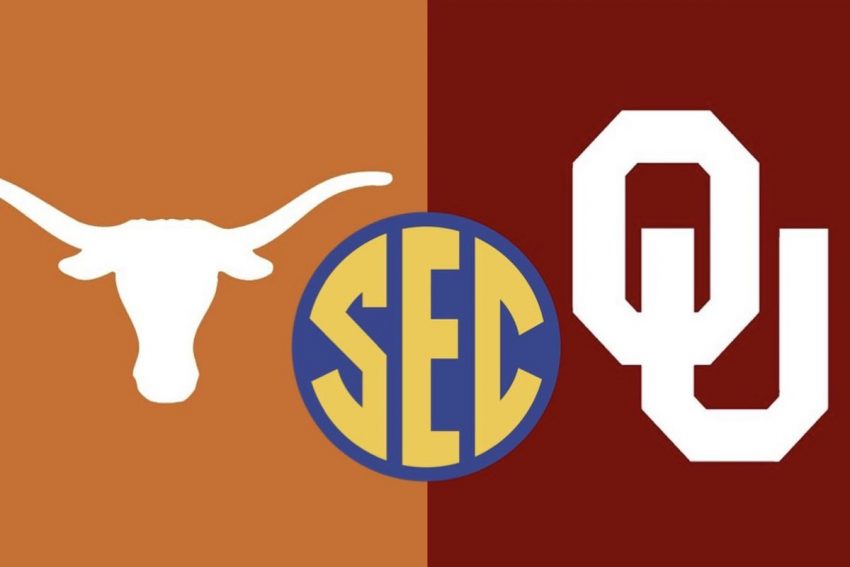 Just nine days after word leaked that Texas and Oklahoma were in talks regarding a landscape-changing move from the Big 12 to the Southeastern Conference, the seismic shift is officially complete. Following Thursday’s unanimous vote by the SEC’s chancellors and presidents to invite the schools for membership starting in 2025, the Texas Board of Regents and Oklahoma Board of Regents met Friday, where both schools officially approved the move by accepting the invitations.

“Today’s action by the Board of Regents is in the best interests of UT student athletes, the UT Austin athletics program overall, and the university,” University of Texas system chancellor James Milliken said in a statement. “This move ensures a strong future for an outstanding athletics program, providing the opportunity for our student athletes to compete at the highest levels.”

🚨EMERGENCY PODCAST🚨 You guys have been asking for it. @CareyAMurdock and @Eddie_Rado came into studio to talk about OU’s move to the SEC. We go from the start to now and talk about the massive implications of it all. S-E-C! S-E-C! S-E-C! https://t.co/dn2lRORliP