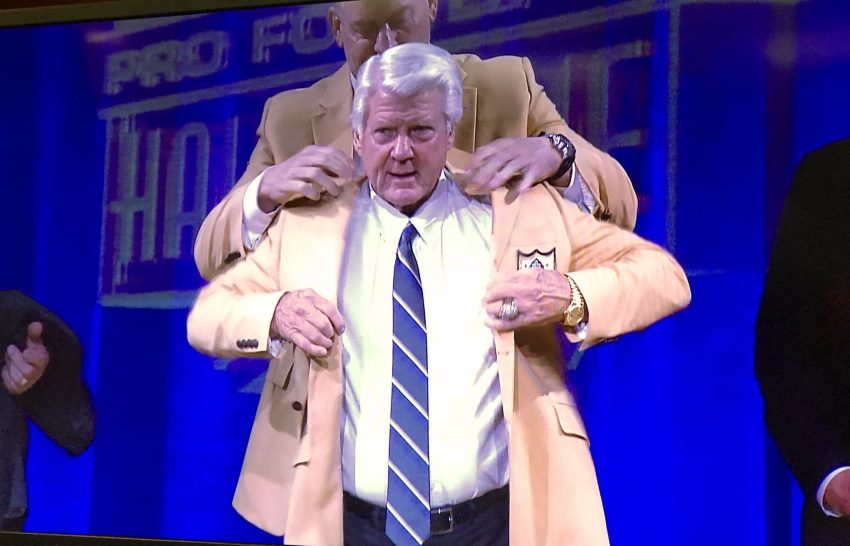 Jimmy Johnson believes the Hall of Fame voters have work to do… pic.twitter.com/C0IYFPJPSx

Woodson played his entire career for the Dallas Cowboys from 1992 to 2003. He was drafted by the Cowboys in the second round (37th overall) of the 1992 NFL Draft out of Arizona State University.

Thomas was drafted by the Miami Dolphins in the fifth round of the 1996 NFL Draft, and played for the Dolphins his first 12 seasons in the NFL, before playing his 13th and final season with the Dallas Cowboys.

Should Woodson and Thomas be inducted into the Pro Football Hall of Fame? Leave your comments below.