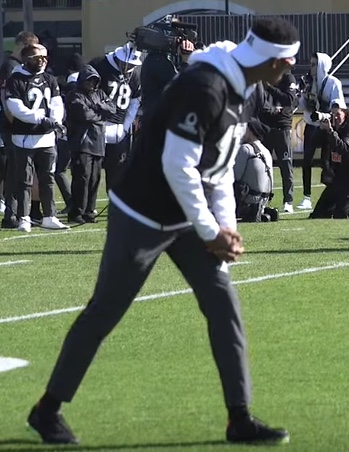 Jacksonville Jaguars coach Urban Meyer told reporters Sunday that wide receiver D.J. Chark had surgery on a broken finger. The fourth-year wideout is expected to be ready for Jacksonville’s Week 1 game at the Houston Texans.

Entering a contract year, Chark is expected to be one of the Jaguars’ top weapons in 2021. Chark caught 53 balls in 13 games for a team-high 706 yards and five touchdowns last season on a 1-15 Jaguars team quarterbacked by Gardner Minshew﻿. Alongside fellow wideouts ﻿Laviska Shenault Jr.﻿ and Marvin Jones, rookie running back ﻿Travis Etienne﻿ and the aforementioned Lawrence, Chark should see those numbers increase this season if he stays healthy.

“The hype and things like that don’t really matter right now,” Chark said on Good Morning Football this week. “The one thing I can say about those two (Shenault and Jones), they make me compete. They take the level and standard up every time we’re on the field. So I can’t be the odd man out. We’re always out there, we’re competing. Once we get into game situations and it starts to show, building that chemistry with Trevor, the sky’s the limit.”

Jaguars’ WR D.J. Chark underwent surgery for a hairline fracture of his finger, but Jacksonville HC Urban Meyer said he still expects Chark to play in Week 1 vs Houston.