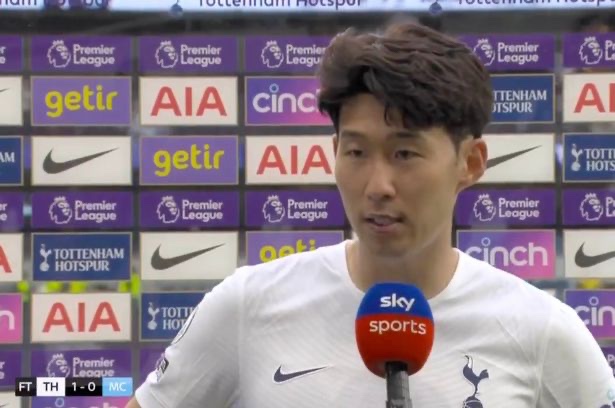 Harry Kane, who has been linked with a move to City, wasn’t in the squad for the match.

Son Heung-Min scored the game’s only goal in the second half after a strong counter-attack from Tottenham.

“Obviously we wanted to start well in the first game of the season and with the fans. It was an incredible performance and everyone worked so hard to get these three points,” Son said after the game.

🚨 Tottenham striker Harry Kane has not travelled with the Spurs squad for today’s meeting with Manchester City. Only returned to training on Friday and not deemed ready to be involved yet @TheAthleticUK #THFC #MCFC https://t.co/CeDzT0Y4bg

Man City have now failed to score in each of their last three games: