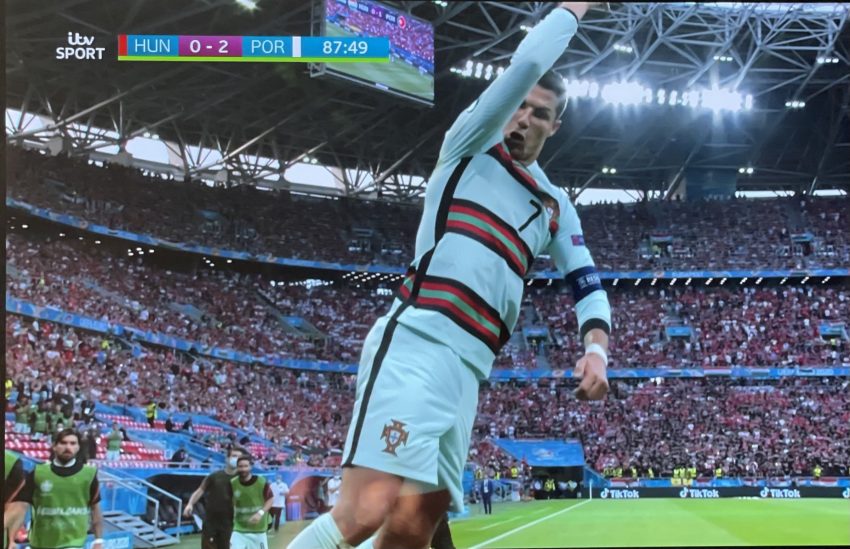 Cristiano Ronaldo set the record for most goals at the European Championship with two of them Tuesday in Portugal’s 3-0 victory over Hungary at a packed Puskas Arena.

Ronaldo scored his 10th goal at the tournament from the penalty spot in the 87th minute and then added a second in injury time. He has now scored 11 goals over five continental tournaments. He entered the match even with Michel Platini at nine goals.

His 11 career EURO goals are the most in tournament history and he’s up to 106 career international goals. The men’s world record is held by Iran’s Ali Daei with 109. pic.twitter.com/ff0CzTxIxa

He doubles Portugal’s lead from the spot!