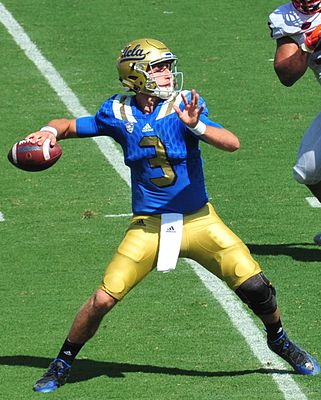 After the 49ers got rid of quarterback Josh Rosen, the rest of the NFL passed on him as well.

Rosen went unclaimed on waivers today, according to Field Yates of ESPN.

That makes the 24-year-old Rosen an unrestricted free agent, free to sign with any team, but at this point it’s entirely possible that no team would sign him to so much as a minimum-salary contract to be a third-string quarterback. He has now been on the Cardinals, Dolphins, Buccaneers and 49ers and has yet to show anything indicating he belongs in the NFL.

49ers waived QB Josh Rosen, who now has played for four NFL teams since Arizona drafted him in the first round in 2018. They waived him to claim CB Davontae Harris off waivers from the Baltimore Ravens.

The #49ers are waiving QB Josh Rosen, source says. Rosen mentioned recently he wasn’t getting enough reps in practice. A chance to latch on elsewhere for the rest of camp now.