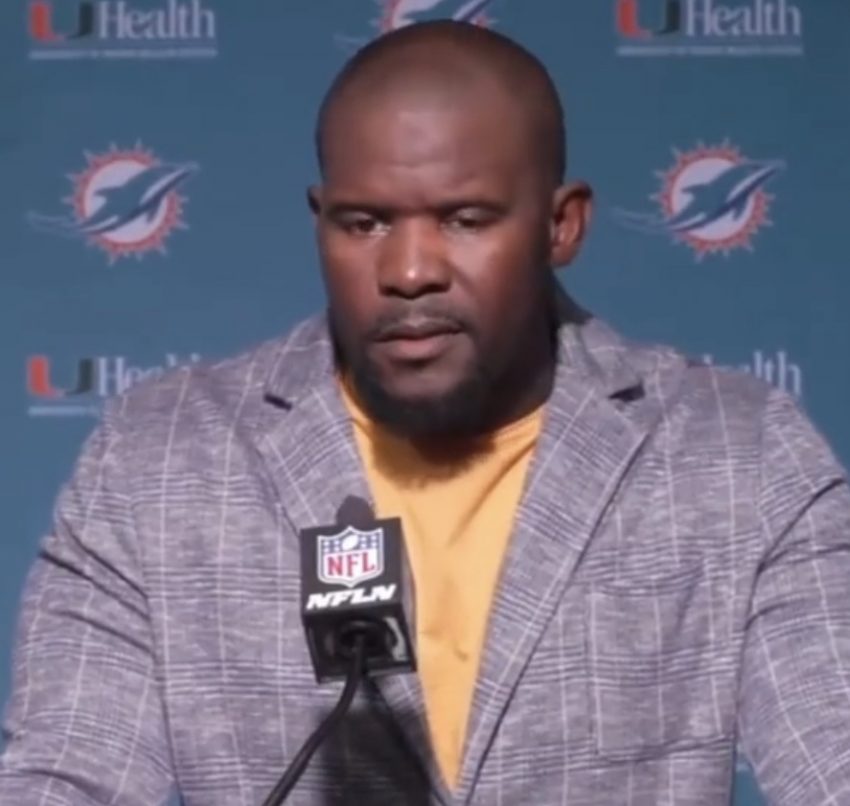 Flores spoke in general, “I think with any player on our team or any person in our organization, there is a standard,” Flores said. “We have high standards for the people we have in the organization. I don’t get into last strikes for anything. We want people with high character throughout the building. That’s what we’re looking for.”

Brian Flores asked if he’d feel comfortable saying the team is not interested in DeShaun Watson:

I’m interested in the players on the Miami Dolphins pic.twitter.com/Ipr0QVSbXl

Brian Flores declines comment when asked about multiple reports (including ours) linking Deshaun Watson to the Miami Dolphins.