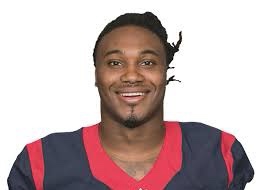 The Atlanta Falcons made a massive set of cuts with a few hours to go until the league’s final deadline to become the first team to announce that it has reached an initial 53-man roster.

According to Tom Pelissero, the Falcons released D’Onta Foreman on Tuesday afternoon. The 27-year-old, former Doak Walker Award winner had just signed with the team earlier this month after he was a free agent for most of the offseason.

Foreman has proven to be a reliable reserve running back in his first four years in the NFL, but hasn’t amounted to much more. As a rookie of out Texas in 2017, the Houston Texans drafted him in the third-round, but he’s never found his footing in the ball-carrying rotations that he’s been a part of.