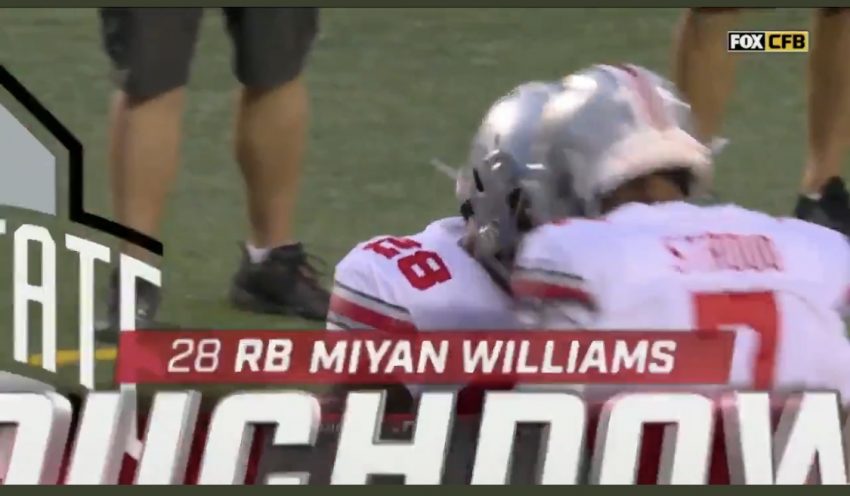 No. 4 Ohio State outscored Minnesota 35-17 in the second half Thursday on its way to a rousing 45-31 win in Minneapolis to kick off the 2021 college football season.

After throwing an early interception, Buckeyes quarterback C.J. Stroud hunkered down and relied on his team’s immense playmaking talent. Stroud ultimately threw for 295 yards and four touchdowns, completing 13 of his 22 passes with a single interception. Star wide receiver Chris Olave proved why he is a future first-round NFL Draft pick with 118 yards and two touchdowns on four receptions, while freshman running back TreVeyon Henderson showcased his five-star credentials with an incredible 70-yard catch-and-run touchdown to break open the game in the second half.

The Buckeyes are 21-0 under head coach Ryan Day in the regular season. pic.twitter.com/6bxaAjKZSq

Ohio State has a 71-yard rush TD & a 70-yard pass TD vs Minnesota on Thursday night.

It’s the first time the Buckeyes have had multiple scrimmage touchdowns of 70+ yards in the same game over the last 25 years. pic.twitter.com/I2Pn6w0vSf