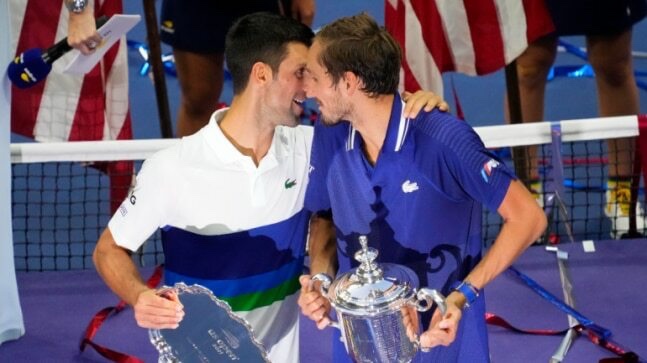 Daniil Medvedev upset Novak Djokovic in the U.S. Open men’s final on Sunday and won the first major of his career.

The Russian tennis star, 25, had put together solid performances in the past major tournaments this year. He finished as the runner-up in the Australian Open and made it to the quarterfinals in the French Open and the fourth round of Wimbledon.

Novak Djokovic has a chance to capture the first men’s Grand Slam in 52 years if he beats Daniil Medvedev for the U.S. Open men’s singles title today. The match starts at 4 p.m. https://t.co/wmJUQ3UUYo

“Mentally, he’s the best player to ever play the game.”

If Novak Djokovic wins against Daniil Medvedev at the U.S. Open on Sunday, he’ll capture the first Grand Slam in men’s tennis in 52 years. https://t.co/XAJHufuEPA