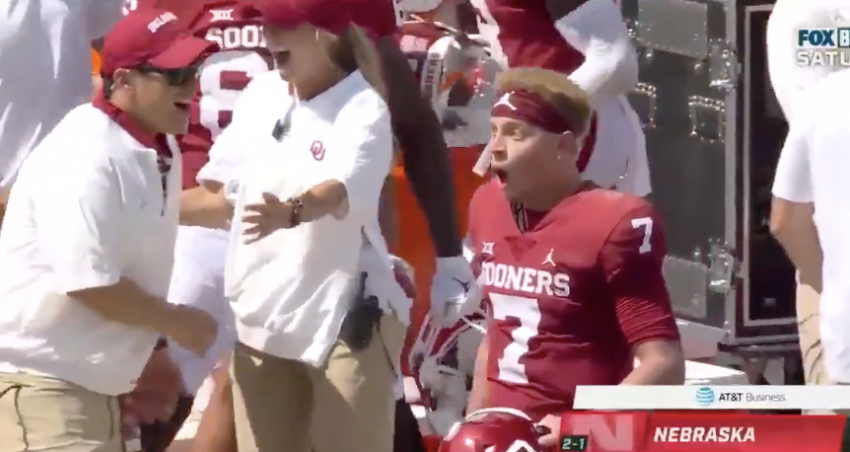 The 2021 college football season is three weeks old and we’re confident that Oklahoma’s D.J. Graham made the best interception you’re going to see all year.

Graham made an incredible one-handed interception in the fourth quarter of the Sooners’ 23-16 win against Nebraska on Saturday.

Motivated by Nebraska and Oklahoma renewing their rivalry 50 years after the Cornhuskers and Sooners played their version of the Game of the Century in 1971, AP has ranked the best games ever played with the help of 33 sports journalists.

Fifty years later, fans of all ages still ask Johnny Rodgers about that electrifying play. @heisman38 is humbled that the play still resonates for fans of the Cornhuskers and Sooners to this day.