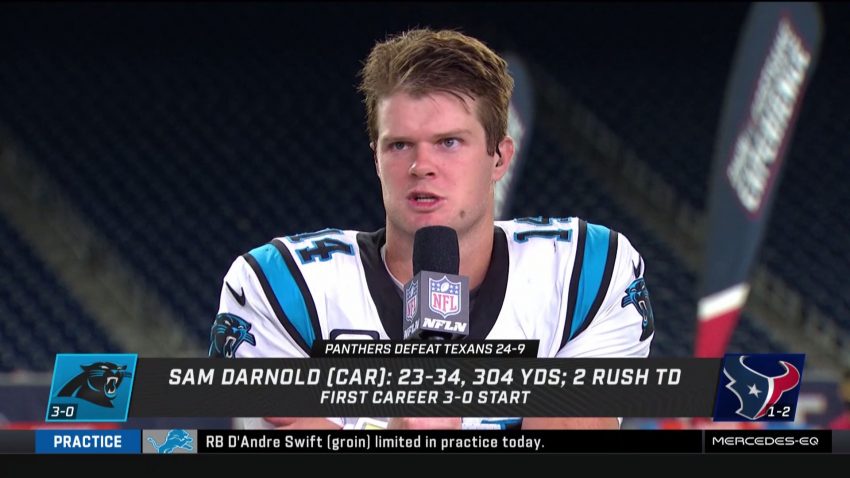 Sam Darnold completed 23 of 34 passes for 304 yards and rushed for two touchdowns as the Carolina Panthers improved to 3-0 with a 24-9 victory over the Houston Texans on Thursday night.

The Texans saw rookie Davis Mills make his first start at quarterback on a short week after Tyrod Taylor injured his hamstring last Sunday. While the Panthers saw several players go down with injuries on Thursday night, they were still too much for the Texans to handle in Mills’ first start.