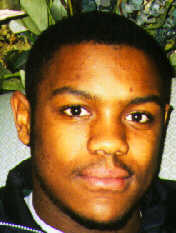 In this episode, we interview Terry Jones Jr., Former Alabama and Baltimore Ravens Tight End player back in the early 00’s. We dive in his early days in high school, where he highly considered playing basketball than football.  He played four years at the University of Alabama, the alma mater of his father, Terry Jones Sr., who was a defensive tackle for the Green Bay Packers from 1978-84. He was selected in fifth round, 155th overall by the Baltimore Ravens in the 2002 NFL Draft.

-His Dad played at Alabama (1974-1977) and 8 years for the Green Bay Packers
-His Dad played with Ozzie Newsome at Alabama
-His Dad has been a Strength & Conditioning Coach at Alabama for over 30 years
-Terry Jones Jr played at Tuscaloosa Central
-Played football and basketball (PF)
-First love was basketball
-Named All-State
-Didn’t play his senior year because he missed off season workout due to basketball. His coach demanded that he make them up, but Terry Jones Jr refused. Neither side backed down. So, he missed his senior year.

-Same recruiting class as Ahmaad Galloway, Tyler Watts, Cornelius Griffin, Freddie Milons, and Marvin Constant
-Dad was the strength coach at that time
-Came when the program was rebuilding

You think Lamar Jackson can bring a Super Bowl to Baltimore again?

-After spending a season with the 49ers, he was released
-A new football league, The All-American Football League (AAFL), was formed
-Drafted by the Alabama team located in Birmingham