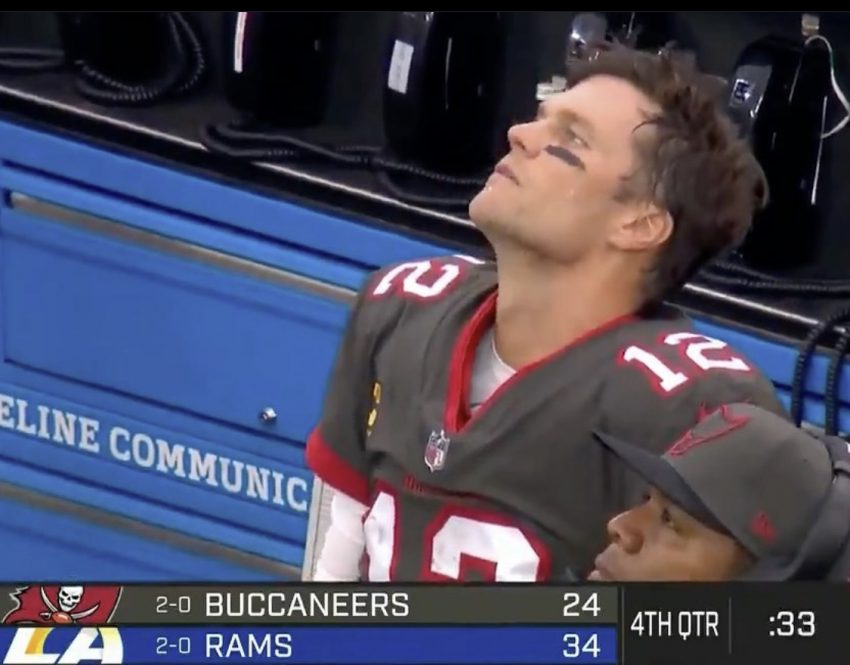 Matthew Stafford passed for 343 yards and four touchdowns as he outdueled Tom Brady and led the Los Angeles Rams to a 34-24 victory over the Tampa Bay Buccaneers Sunday.

Stafford was off target on five of his first six attempts before getting in a groove as the Rams (3-0) scored on their next six drives. His best pass of the game came early in the third quarter, when he connected with a wide-open DeSean Jackson for a 75-yard score to extend Los Angeles’ lead to 21-7.

Stafford is just the 3rd QB to have a 4 TD-0 Int game when starting against Tom Brady.

The other 2 are Drew Brees (who did it twice) & Alex Smith. pic.twitter.com/uIIQc8thPV

Rams-Bucs, Stafford-Brady about to be a star-studded event. Hearing that Ted Lasso aka Jason Sudeikis will be at SoFi, as well as Halsey, Kate Hudson, Leslie Mann & Judd Apatow, Kevin Hart and NBA players Kawhi Leonard, Paul George, DeAndre Jordan and Russell Westbrook.