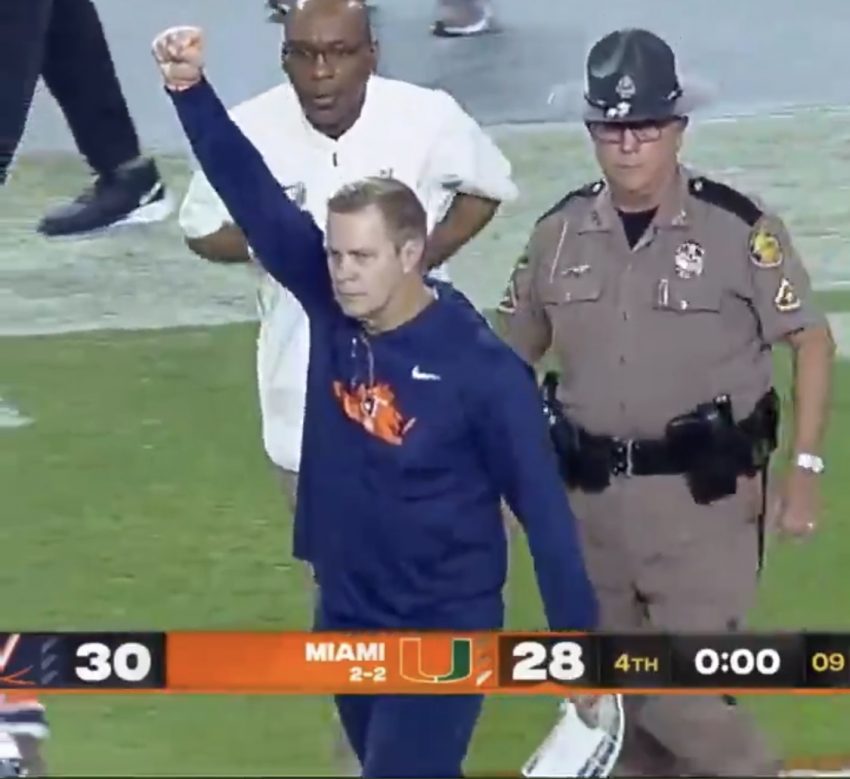 Miami lost to Virginia 30-28 on Thursday night in heartbreaking fashion, coming up on the wrong end of a miraculous touchdown grab and having a potential game-winning field goal bounce off the upright in the game’s final seconds.

The Hurricanes defense had come up with numerous stops through the night and did so again with 5:36 left in the fourth quarter and Virginia defending its two-point lead. Tyler Van Dyke, starting place of injured quarterback D’Eriq King, led the Miami offense 75 yards down the field in 13 plays, eating up the clock and making Virginia burn its timeouts along the way. Unfortunately for the Hurricanes, playing for the field goal broke the wrong way this time, as the 33-yard attempt by freshman kicker Andy Borregales bounced off the left upright to seal the Virginia win.