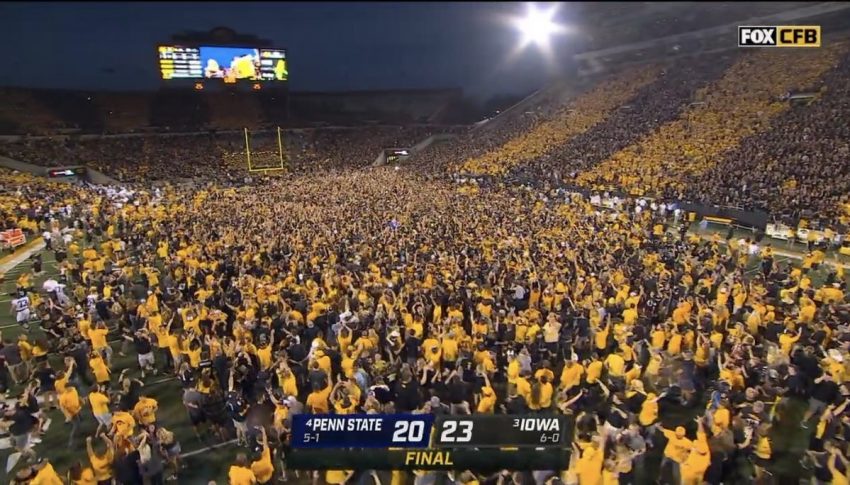 Spencer Petras threw a 44-yard touchdown pass to Nico Ragaini to complete No. 3 Iowa’s comeback from a two-touchdown deficit, No. 4 Penn State’s offense did next to nothing after quarterback Sean Clifford was knocked out of the game and the Hawkeyes held on for a bruising 23-20 victory Saturday.

The Hawkeyes (6-0, 3-0) took control of the Big Ten West with their 12th straight win and thrust themselves into the College Football Playoff conversation.

Penn State (5-1, 2-1) lost for the first time in 10 games and headed back to Happy Valley with a list of injuries that could make its path through the rest of the season difficult.

What a victory for the Hawkeyes!

No. 3 Iowa rallies to beat No. 4 Penn State, its sixth straight win against a ranked team. pic.twitter.com/KP1O3SrJun

Sean Clifford left the game in the second quarter with an injury.