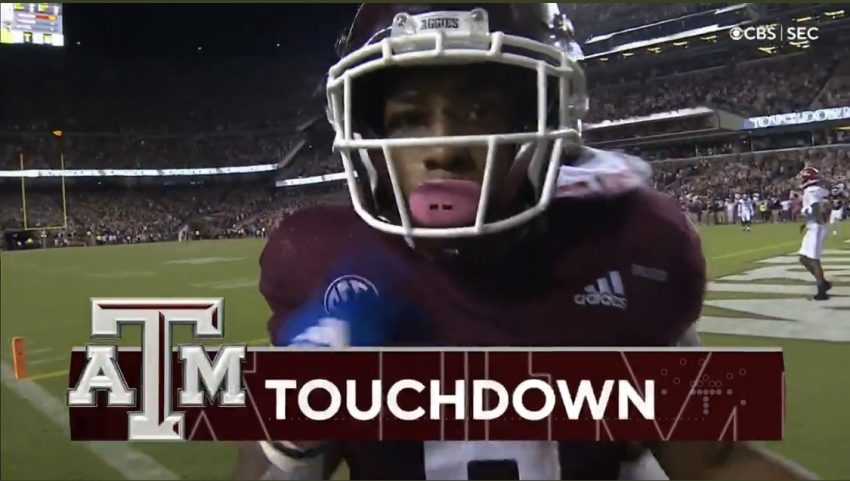 Texas A&M pulled off the upset of the 2021 college football season — and one for the history books — on Saturday night as it took down No. 1 Alabama, 41-38, in front of 106,815 fans, the second-largest crowd in Kyle Field history. The outcome marked Alabama coach Nick Saban’s first career loss to one of his former assistants as Texas A&M coach Jimbo Fisher delivered on his May vow to the Houston Touchdown Club that the Aggies would beat the Crimson Tide under Saban.

A last-second 28-yard field goal by Seth Small cemented the outcome, but it was quarterback Zach Calzada who was Texas A&M’s hero. Calzada led the Aggies on their game-winning drive after suffering an apparent injury while throwing the game-tying touchdown on the team’s prior possession. The redshirt sophomore turned in what amounted to a legendary performance after his play was heavily scrutinized in his first three starts following an injury to the team’s original starting quarterback Haynes King. Calzada completed 21 of 31 passes for 285 yards with three touchdowns and an interception.

The loss is Alabama’s first to an unranked opponent since 2007, which was Saban’s first season leading the program, and it snapped the program’s 100-game winning streak against unranked foes.