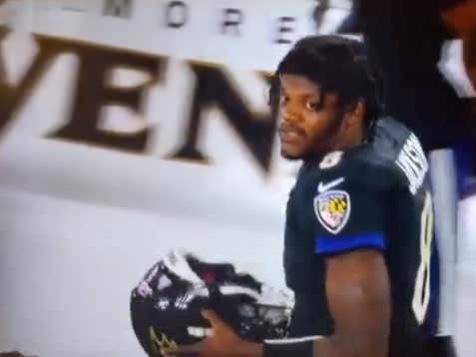 Baltimore Ravens quarterback Lamar Jackson didn’t panic. He plotted. Down 19 points in the second half, Jackson sat down on the bench with wide receiver Marquise “Hollywood” Brown to talk about how many scores the Ravens needed to win the game and executed the plan to perfection.

Jackson threw for a franchise-record 442 yards and four touchdowns, leading the biggest comeback of his career in an epic 31-25 overtime victory over the Indianapolis Colts on Monday night. His five-yard touchdown pass to Brown in overtime lifted Baltimore (4-1) to its fourth straight win and into sole possession of first place in the AFC North.

Should he be getting more recognition this season?

Jackson and the Ravens take on the Colts tonight at 8:15 PM ET on #MNF 🍿 pic.twitter.com/nhc6o4c7rw

The win was T-3rd largest comeback in Ravens history. pic.twitter.com/RFGOkZ7QS3