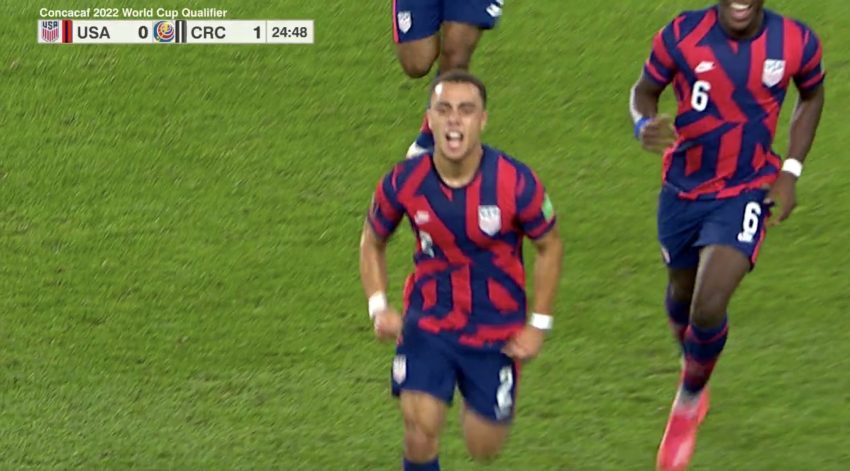 The youngest ever team fielded by United States men’s national team in World Cup qualifying was handed quite the trying task on Wednesday night, and they passed. Despite conceding in the first minute to Costa Rica, the Americans rallied with a goal in each half to secure a 2-1 win in Columbus, earning three vital points.

With so many key players missing, like Christian Pulisic and Gio Reyna, Gregg Berhalter’s side responded to Sunday’s loss against Panama with arguably their most encouraging performance under the former Columbus Crew boss. While they perhaps didn’t create as many chances as they would have liked, there was a spark in this team that was absent last weekend. Despite making numerous changes to the starting lineup, the midfield of Weston McKennie, Tyler Adams and Yunus Musah helped bring much-needed stability to a game that was all USA in the second half, while defender Sergino Dest recorded an amazing goal and a clutch assist.

Costa Rica scores in the 1st minute of the CONCACAF World Cup qualifier against the United States.

It’s the earliest goal the U.S. has conceded in a competitive fixture in at least the last 30 years.

U.S. Soccer said Columbus was given Costa Rica, not Mexico, because this is the qualifier that decides whether or not USMNT plays in 2022 World Cup.

After a loss to Panama, those stakes appear to be spot on.

My preview setting up tonight’s match at LDC https://t.co/ntRMrUDHCo