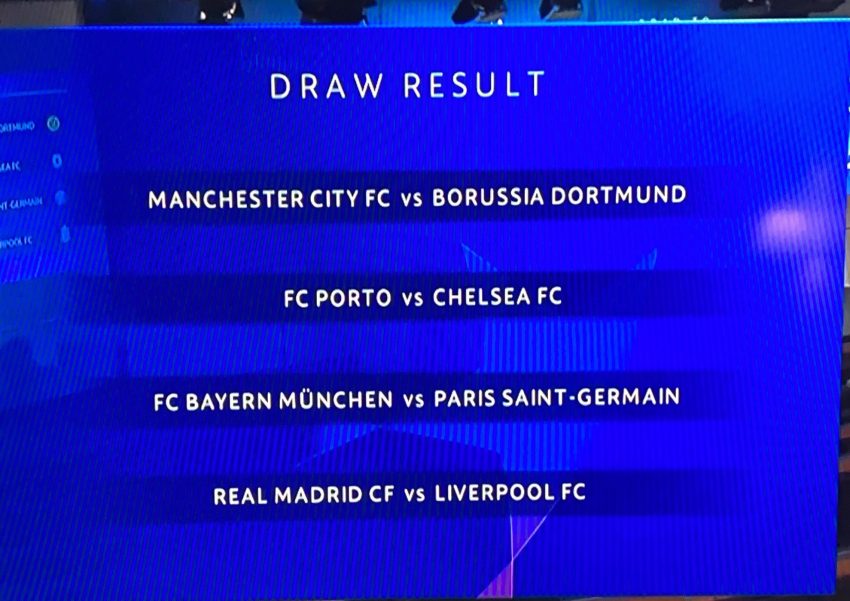 Liverpool might have the easiest part of the bracket:

Revenge for last season’s final defeat will be on the minds of Paris Saint-Germain after being drawn against Bayern Munich in the Champions League quarter-finals.