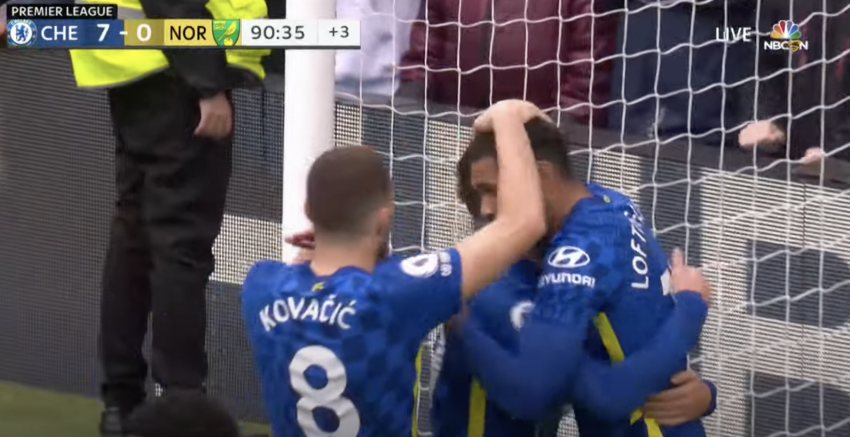 Chelsea have retained their place at the top of the Premier League thanks to a hat trick by Mason Mount and a resounding 7-0 win over 10-man Norwich City at Stamford Bridge on Saturday.

Midfielder Mount opened the scoring on eight minutes with a drilled shot from the edge of the 18-yard box into the bottom left-hand corner as the visitors struggled to keep pace with the league leaders.

Chelsea’s advantage doubled minutes later as winger Callum Hudson-Odoi, who was making his third league start of the season, slotted past Norwich goalkeeper Tim Krul. Defender Reece James added a third just before the break, as he careered down the right-hand side before chipping home from 6 yards out.

Thomas Tuchel’s side continued to dominate in the second half, and defender Ben Chilwell took advantage, scoring for a third consecutive Premier League game with a left-footed strike from the edge of the 18-yard box.