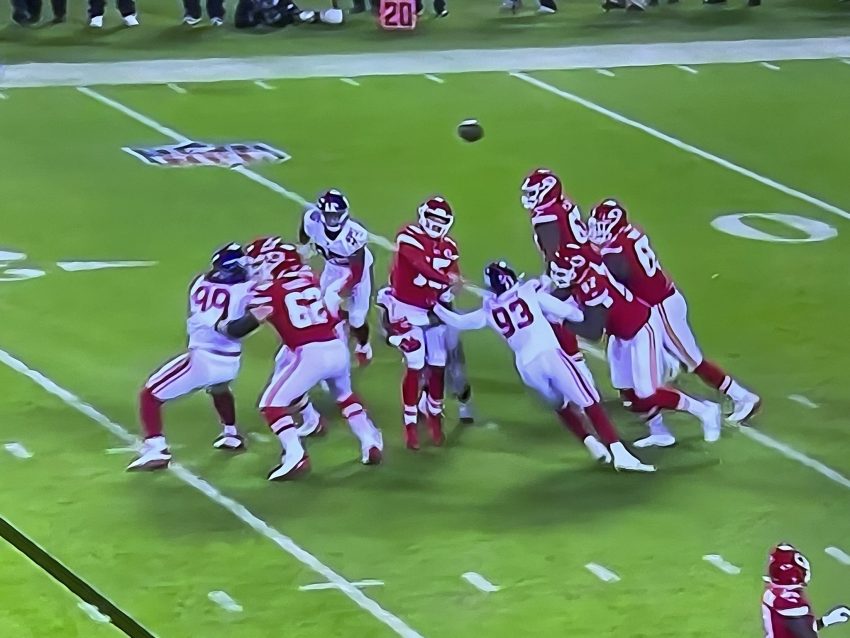 The Kansas City Chiefs had to overcome two more turnovers along with 12 penalties for more than 100 yards on a cold, wet night at Arrowhead Stadium.

Instead, the scuffling Chiefs rallied behind two fourth-quarter field goals from Harrison Butker, including the go-ahead 34-yarder with 1:07 left, and beat downtrodden New York 20-17 to even their record after eight games.

“Listen, everything is not beautiful right now but we’re fighting through it,” Reid said. “Our guys battled. They didn’t give up on each other. They kept working at a time you could have just thrown your hands up and say, ‘Man, things are just not working the way they’re supposed to work.’ So we’ll build on that. Let’s keep going.”

Mahomes threw for 275 yards with a touchdown and an interception for the Chiefs, who along with two turnovers committed 12 penalties for 103 yards. Tyreek Hill had 12 catches for 94 yards and a score, and Mecole Hardman added five catches for 63 yards, including a 24-yard catch-and-run on the final drive that set Butker up for the go-ahead kick.