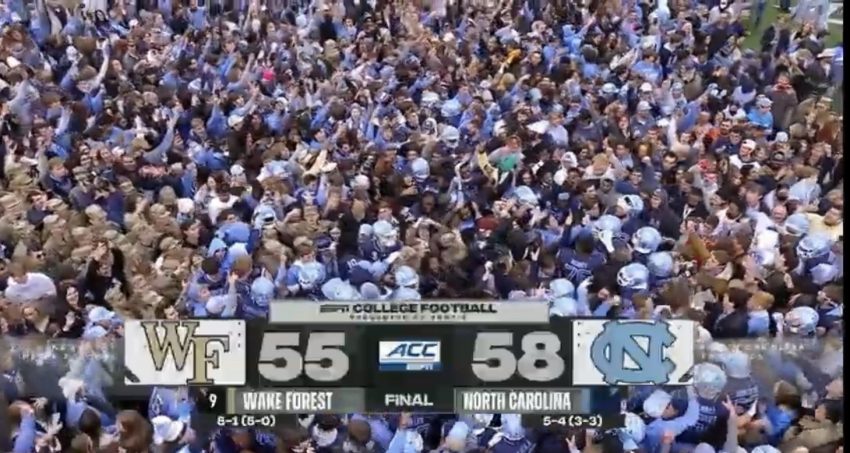 Ty Chandler ran for career highs of 213 yards and four touchdowns to help UNC-Chapel Hill rally from 18 down in the third quarter to stun 10th-ranked Wake Forest 58-55, handing the Demon Deacons their first loss in a nonconference matchup of instate Atlantic Coast Conference teams.

Chandler’s big day included a 50-yard breakaway run with 1:12 left. That was the final blow for the Tar Heels (5-4) as they rallied from a huge third-quarter deficit to beat the Demon Deacons (8-1, No. 9 CFP) for the second straight year, following a 21-point comeback last year by erasing a 45-27 deficit with 7:38 left in the third.

The loss doesn’t impact the Demon Deacons’ pursuit of their first ACC title since 2006 since it was part of a home-and-home nonconference series announced in 2015 with the schools not playing each other as often amid the expanded ACC’s scheduling model.